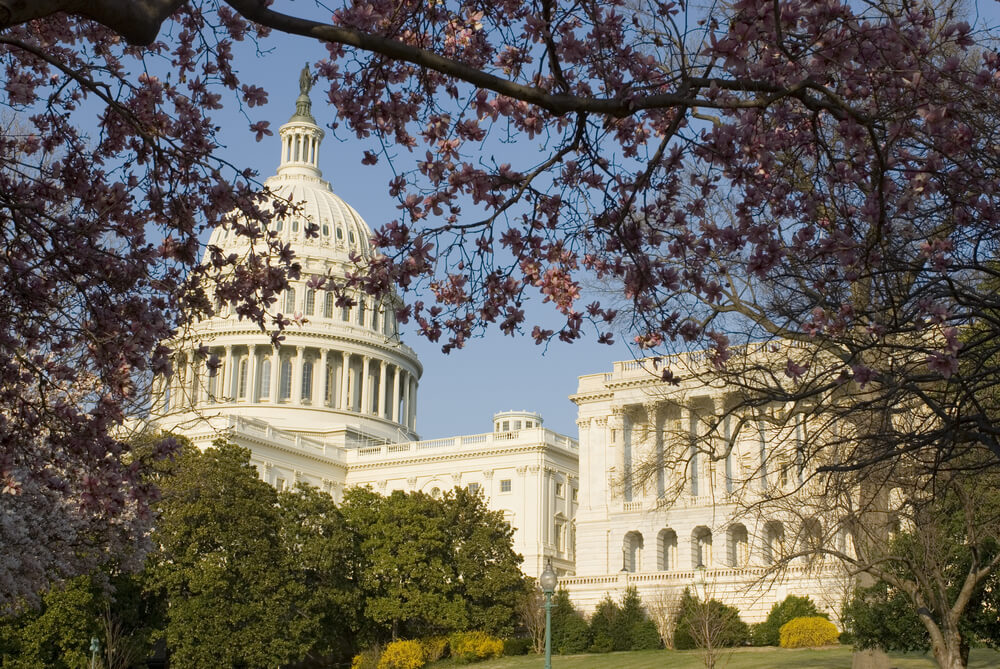 October has been a mixed bag in Washington, D.C. in terms of cannabis policy: there hasn’t been much news from Capitol Hill, but the Biden Administration shocked everyone when they made a big announcement earlier this month. As we draw nearer to the midterm elections in November (don’t forget to register!), let’s take a look at where things stand currently:

The SAFE Banking Act (S. 910) has been held up in the Senate for more than a year now. Many Senate Democrats (including Leader Schumer) have been pushing for changes to the bill to create a “SAFE +” bill that includes justice-focused provisions. As with all things in politics, a delicate balance must be kept in order to reach 60 votes in the hyper-partisan Senate.

The good news: Leader Schumer and other Democrats have been in negotiations with lead-Republican co-sponsor Sen. Steve Daines (R-MT) and others to determine what “SAFE +” could look like. Those discussions have been occurring for a few weeks now and will continue.

The bad news: those negotiations are taking time. As a result, you shouldn’t expect any legislative movement to occur until after the midterm elections.

There’s also the National Defense Authorization Act (NDAA) to consider. The House passed and sent the FY2023 NDAA to the Senate months ago and the large package did include the language of the SAFE Banking Act (as currently written). It’s unclear how the SAFE+ negotiations may impact cannabis banking’s chances in the NDAA: Leader Schumer could make sure the language is not in the NDAA if he feels confident about SAFE+’s chances.

Unfortunately, there’s no substantive news regarding the Cannabis Administration and Opportunity Act (CAOA), or comprehensive reform broadly on Capitol Hill right now. While NCIA and others continue to push for descheduling and responsible regulations from Congress, the upcoming election and Senate timeline have taken precedent. It’s unlikely that CAOA will move this legislative session given the number of legislative days left in the year.

Earlier this month, ​​President Biden made an unprecedented announcement that his administration would begin the process for the pardoning of thousands of people with nonviolent marijuana use or possession convictions, and would begin the process of working with the Department of Health and Human Services to reclassify marijuana from a Schedule I drug in the Controlled Substances Act.

It’s no coincidence that when NCIA members show up to D.C., big things happen! Make sure to stay informed as we head towards the lame duck session via our newsletter and social media platforms and don’t forget to register for NCIA’s upcoming 11th Annual Cannabis Industry Lobby Days in May 2023!

The NCIA DEI Delegation Reports Back from Lobby Days in D.C.!