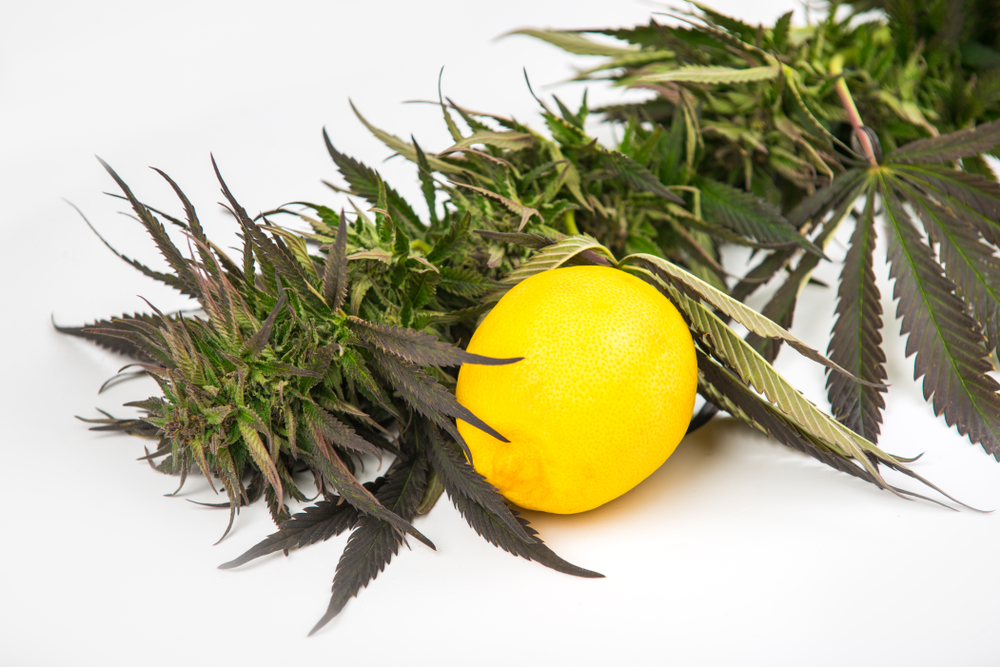 Committee Blog: Cannabis Classification and the Role of Terpenes

From Indica/Sativa to Hybridization

Cannabis is thought to have originally been domesticated in the mountainous regions of Central Asia. As humans started exploring the world, they brought the plant with them, and the plant needed to adapt to the different climates in order to thrive. This gave rise to many of the cultivars (or “strains”) we deem as “landrace,” allowing some subspecies of the cannabis plant to naturally start propagating. Since plant breeding didn’t become en vogue for thousands of years until Gregor Mendel’s work with pea plants, these natural cultivars were able to gain great genetic fitness, as well as become genetically diverse from other landrace strains as they adapted to their specific, often isolated, environments analogously to the finches of the Galapagos Islands.

We are all familiar with indica and sativa. With growing popularity of plant breeding and creating crosses of indica-dominant and sativa-dominant strains, we have largely lost true landrace cultivars that are 100% one way or the other. Almost every strain sold in the modern market is a hybrid, featuring a mixture of indica-derived and sativa-derived genes. Did you know that indica and sativa designations focus more on the phenotype, or the observable characteristics (e.g. height, leaf shape/color, and branch formation), rather than genotype, the unique DNA sequence of an organism?

In cool and dry climates, the cannabis plant leaves are broader and there is less space between branches. This creates a shorter, more compact plant that is better able to retain heat and moisture. The broad leaves help maximize photosynthesis on the otherwise short-statured indica-dominant plants. If you instead look at a warmer climate, you will see the plants grow much taller and thinner. They grow up and out more so that they can easily dissipate the heat and moisture in these warmer regions.  The branches of the sativa-dominant plants are also longer and the leaves have more nodes, though they are thinner than that of an indica plant. All of these characteristics may also help prevent mold growth on a sativa-dominant plant due to better air flow within the plant.

Since indica and sativa classifications are more likely to indicate landrace phenotypes and the climate in which the cannabis plant grew in, new methods of classification are being explored to better express to consumers and patients the effects of the cannabis or cannabis-infused product they are using. For example, Leafly launched a new way for their website to categorize cannabis strains that considers terpene profiles, rather than labeling them as indica, sativa, or hybrid. Since terpenes are produced in plants other than cannabis, a description based on terpene profiles is the most compelling option, as research can be done on the effects of terpenes produced by other sources. While the entourage effect in cannabis is likely important to its variable uses in medicine, more research is warranted to fully understand the effect.

Terpenes are plant constituents that impart olfactory, gustatory, and medicinal properties to plants. These Volatile Organic Compounds (VOCs) are “Generally Recognized as Safe” by the FDA and are composed of repeating isoprene units arranged head-to-tail to create the over 200 terpenes known to be produced in the cannabis plant. These terpenes are found in other plants as well. Terpenes generally come in three varieties depending on how many isoprene units are used to construct them: monoterpenes are composed of two isoprene units, sesquiterpenes of three units, and diterpenes of four units.

The term “terpenoid” is often used interchangeably with the term “terpene.” The difference is terpenoids are modified terpenes that contain oxygen, while terpenes are hydrocarbons containing only hydrogen and carbon. This modification usually occurs through either the movement or loss of a methyl (-CH3) group or, more commonly in cannabis, through its interaction with oxygen during the drying/curing process. As such, “terpenoids” are more correctly used to describe smokable flower, whereas “terpene” is more accurate when describing the compounds when they are being produced by the living plant.

Terpenes have three main purposes: environmental adaptation, the repulsion and destruction of predators, and the attraction of pollinators. Monoterpenes, such as limonene and α-pinene, tend to predominate in the flower portion of plants and have been shown to repel herbivorous insects in Arabidopsis thaliana, often used as a model organism of the cannabis plant, due to their volatile aromatic properties. Sesquiterpenes, on the other hand, have a bitter taste and deter larger plant-eating organisms, due to their predominance in the leaves of a plant. The sticky nature of terpenes also helps to trap bugs as they move around on the plant. From the perspective of cannabis, humans have shown to be excellent pollinators as illustrated by the diverse cannabis strains available at your local dispensary.

Terpenes are strongly inherited from parent plants and are not often affected by environmental factors over the short term. Terpene profiles, therefore, can be used to help distinguish between indica-dominant and sativa-dominant classifications due to the ratio of individual terpenes’ stimulating or sedating properties. Below are descriptions of some of the most common and best-researched terpenes. The summation of sedating and stimulating terpenes produced by the plant will determine whether the net effect of consumption will have more “indica” properties or more “sativa” properties.

α-pinene is one of the most common terpenes found in nature occurring in pine trees as well as many common spices such as rosemary, basil, and dill. Along with its role as an insect repellant, it has also been shown to have anti-inflammatory properties. It has the ability to cross the blood-brain barrier and inhibits the breakdown of acetylcholine, a neurotransmitter which can stimulate cognitive functions. This will cause α-pinene to have more of a stimulating effect.

Limonene is another common terpene found in citrus fruits. It has been shown to help with anxiety and depression by increasing dopamine and serotonin levels in the brains of mammals. Limonene has also been shown to increase alertness as well as help with weight loss and relief of gastric distress.

β-myrcene is one of the most common terpenes found in cannabis, though it is also found in hops and mangos. It gives off an earthy aroma of cloves and has been shown to have pain-relieving and anti-inflammatory properties in mice. Due to its sedating effects, it was thought to be a reliable indicator of indica strains; however, recent studies have shown that this terpene is equally present in both indica and sativa strains. The sedating properties are responsible for the ”couch-lock” effect some people experience when consuming certain cannabis strains.

β-caryophyllene has a dual use in protecting plants from grazing species since it both attracts insect predators as well as repels grazing insects. It is commonly found in spices such as black pepper and oregano and has a spicy flavor. It can act as a gastro-protective agent and is helpful in fighting stomach ulcers. It has also been shown to help combat symptoms of opioid addiction, through a process called opioid sparing. β-caryophyllene selectively activates CB2 receptors, the cannabinoid receptor primarily found in muscle tissue as opposed to brain tissue which is generally high in CB1 receptors. Due to this, it has more physically sedating properties making it a common terpene found in more indica-leaning strains.

Linalool is a terpenoid alcohol commonly found in lavender. It is a highly sedating phytochemical that is coveted for its anti-anxiety properties. It also helps as an antidepressant since it assists in serotonin-receptor transmission. As an anti-epileptic, it helps to modulate motor movements, presumably due to its sedating properties. When applied topically, it has been shown to help heal skin burns as well as treat acne.

Through a combination of these terpenes and the other 200+ terpenes found in the cannabis plant, we get a balancing act between sedating and stimulating properties. And since everything is technically a hybrid now, the cannabis industry should strongly consider other ways to categorize different cultivars, rather than just indica or sativa, to better educate the consumer on its effects.

From The Hill: Lawsuit to Challenge Industry Exclusion from SBA COVID-19 Relief Revving Up

Member Blog: Evaporation is Costing the Cannabis Industry Millions. Here’s Everything You Need to Know.