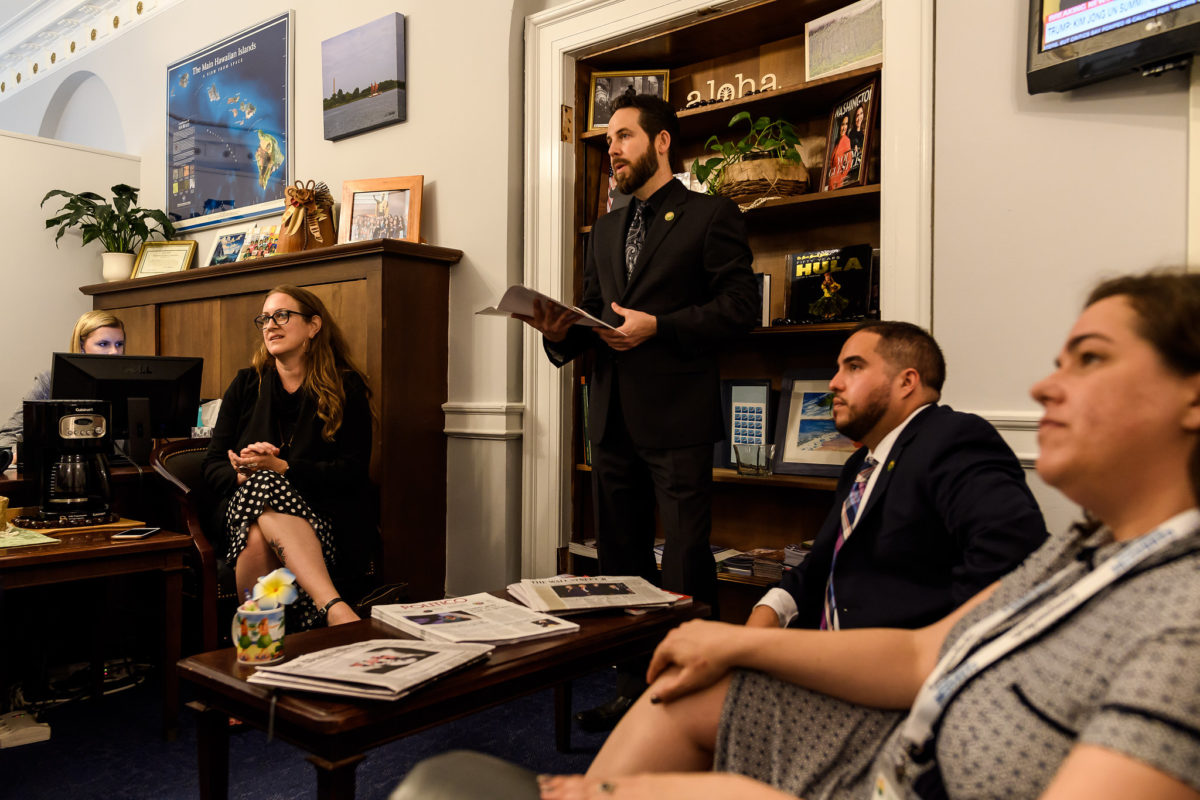 Cannabis legalization reform has been in the works for years and will certainly continue for years to come due to the plant’s Schedule I status. In addition to the activists and organizations who have paved the way for marijuana legalization for decades, such as NORML, Marijuana Policy Project, and Students for Sensible Drug Policy (SSDP), cannabis business owners are now at the forefront of what will most certainly be a multi-billion dollar industry within a short matter of time. But why is it important for these cultivators, dispensary owners, and investors to be directly involved with legalization advocacy?

“Advocacy is critical at this stage, where there is still so much progress to be made at the state and federal levels,” says David Murét, Co-founder & COO of Viridian Staffing. “While I believe that national legalization is now a foregone conclusion, the form in which it takes and who it will end up benefiting is still an open question.”

At this point in time, 30 states and the District of Columbia have legalized medical and/or adult-use cannabis, each one with their own set of rules and regulations. As more and more states begin to come online and design their own programs, lawmakers will look to states where cannabis is already legal in order to learn from both successes and mistakes. At the federal level however, things are far more complicated.

While marijuana remains an illegal drug in the eyes of the federal government, certain protections are in place for businesses that are operating in compliance with their own states’ regulations. Several members of Congress representing these states have been pushing for even further protections and/or straight legalization, in spite of current Attorney General Jeff Sessions’ staunch anti-cannabis stance. In January, Sessions rescinded the Cole Memo, which had previously stated that federal funds shall not be directed towards enforcing federal cannabis policy within states that have passed for those operating in compliance with the items stated in the memo. However, this doesn’t mean that state prosecutors have to go after compliant businesses

Fortunately, the move was a moot point. A rider bill in the federal budget proposal, which is essentially a must-pass in order to prevent a government shutdown, maintained the protections that the Rohrabacher-Farr amendment (now Rohrabacher-Blumenauer amendment), which prevents the DOJ from going after state-legal medical cannabis. A bipartisan group of 62 members of Congress sent a letter to House appropriations leaders calling for action.

“We respectfully request that you include language barring the Department of Justice from prosecuting those who comply with their state’s medical marijuana laws,” the lawmakers, led by Reps. Dana Rohrabacher (R-CA) and Earl Blumenauer (D-OR), wrote. “We believe such a policy is not only consistent with the wishes of a bipartisan majority of the members of the House, but also with the wishes of the American people.” These protections are now included through September 30th.

David Sutton, President & COO of NanoSphere Health Sciences, agrees that time is of the essence in order to create new legislation that will positively impact the industry in years to come.

“Cannabis business owners and professionals have to participate in advocacy,” he argues. “No matter how many states adopt some form of cannabis legalization, the industry still needs change at the federal level. Without a federal shift in cannabis policy, operators in the industry will remain hampered and handcuffed from growth.”

Many canna-business owners are not only involved with pro-legalization policy efforts with the industry’s future in mind, but also the end consumers. High-profile cases of medical marijuana patients becoming ill due to flower containing mold and instances of widespread pathogen prescences from certain cultivators have increased efforts to prevent these products from getting to market.

“We have a responsibility to ensure this business grows in the right way,” explains Brett Johnson, Founder & CEO of Spectrum-Gro. “We have to be the adults in the room. I am always advocating for the end users – we need to guarantee safe and consistent products that are free from harsh chemicals and other pathogens. If the current leaders in this industry do not advocate for the future, there could be negative results across the board – from cultivation to the consumer.”

There are many ways business owners and professionals within the cannabis space to get involved with advocacy. NCIA Lobby Days brings hundreds of industry professionals and thought leaders to Washington, D.C. in order to tell their stories to lawmakers and push for cannabis reform. In addition, working with local organizations within their own states and jurisdictions is a wonderful way for entrepreneurs to spread awareness and potentially help build legislation in their communities.

“If we want to see how big the industry could be and how many lives can be changed for the better, you cannot simply rely on just hope, everyone needs to act,” adds Sutton. “Change comes from the masses and the masses need each and every owner and professional to participate in industry advocacy.”


Rachelle Lynn Gordon is a Minneapolis-based writer and reporter and graduate of Hamline University. She has contributed to publications such as Cannabis Now Magazine and High Times.

Action Alert: Tell Congress To Include Cannabis In The Next COVID-19 Relief Bill!