D.C. Update: Congress Takes a Minimalist Approach on Marijuana (and Everything Else) 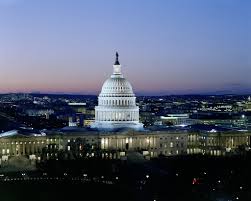 As Congress starts winding down what many pundits have described as the least effective Congress in history, marijuana proponents can still celebrate modest successes this year and look forward to carrying our positive momentum into 2015.

For the first time in history, the House of Representatives passed pro-marijuana legislation. Unfortunately, the Senate will not take up the legislation, due to inter-party bickering. And although lawmakers just returned from thirty-seven days of recess, they are expected to be in session for as little as seven legislative days before going home for the November midterm elections. In those few days, Congress is expected to pass a spending bill that will fund the government until December, but is not expected to vote on any issues related to marijuana legislation. They are expected to convene after the election for a “lame-duck” session in November, and depending on the schedule, NCIA is planning to hold events in D.C. at this time.

This midterm election is anticipated to have low voter turnout, and it is expected that the House of Representatives will stay in Republican control for the next two years, while it is highly likely that the Senate will change hands and become Republican-led as well. Although our policy positions tend to be supported more by Democrats, we have many members of both parties supporting our issues, and we continue to make inroads with Republican offices.

Now is the perfect time for our industry to lay the groundwork and start building goodwill into next year, as marijuana issues are on the ballot in Alaska, Oregon, and Florida. Marijuana policies have not traditionally been high on politicians’ radars, but this year has seen a tremendous spike in attention and recognition of our issues. That means it’s imperative for our industry to continue becoming more politically engaged. It also means that we must continue to be active in our communities and show our neighbors and leaders the positive public face of the industry.

With two months to go before the elections, many politicians will be back in their districts doing campaign events, and all NCIA members should use this link to find their Members of Congress and attend any local events they are hosting. If your elected officials are supportive of our issues, make donations to their campaigns and help them get re-elected by volunteering on their efforts. If they are opposed to our issues, work for their opponents. We are right on the policies, but the reality is politicians need to get re-elected, and the people who help make that happen are much more likely to get a positive response in D.C.

I plan to do the same thing here in D.C. In fact, once I finish writing these words, I’ll be off to attend a fundraiser for Senator Mark Udall of Colorado and Senator Mark Begich of Alaska.

Michael Correia is NCIA’s director of government relations, based in Washington, D.C. Find out more about NCIA’s federal policy objectives.

February Hodgepodge: An Update from D.C.