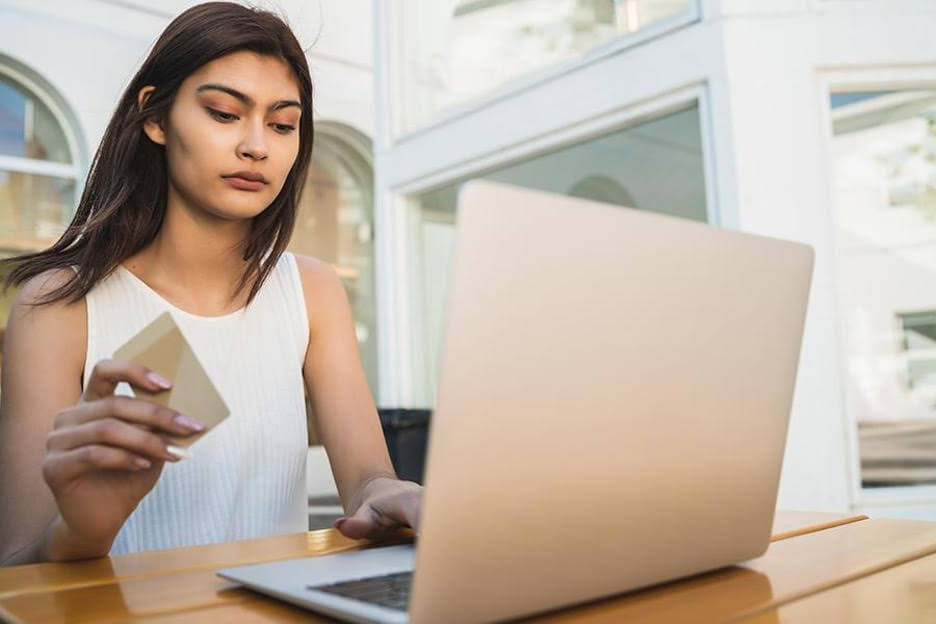 Member Blog: A Whole New World On Zoom – 5 Tips To Look And Sound Like A Pro

2020 will be remembered as “unprecedented.” A raging pandemic, a divided country resulting in a contentious election, an economy on the brink, but for cannabis, it was huge. The MORE Act and the SAFE Banking Act pass the U.S. House of Representatives, and the end of prohibition of cannabis is becoming more of a reality than a dream. Throw in five more states using the ballot box to legalize adult use of cannabis, and while 2020 was a nightmare for many, for cannabis, it was monumental. However, for many of you in the now “essential” cannabis industry, there was one development that many in the cannabis industry had to deal with, a fear of being on ZOOM on a daily basis!

Whether you are running educational webinars as part of your marketing efforts to stay in touch with your clientele or creating videos that allow you to control that message to your database. You have probably spent more time on camera over the past 10 months than you ever expected. As humans we are all our own toughest critics when it comes to hearing our voices recorded. (Do I sound like that? I thought I had a good voice. Yuk!)

When it comes to seeing ourselves on camera, we think we all look 10 pounds heavier. Or is it just a bad hair day? Or is the whole world looking at that minuscule zit on my face? The toughest part of getting over a fear of anything is facing it, especially when it’s facing your own image!

The cannabis industry, like so many businesses in the U.S., have had to adapt to a new way of doing business from sales calls externally to communicating with staff internally. The water cooler break for some office politics chit chat, is a thing of the past. Now that our regular commutes have moved from 30 minutes to 3 seconds, working from home has become the norm. That means you better get used to seeing yourself on camera.

So here are a few basic tips for those of you who are regular users of ZOOM, Facetime, Facebook Live, YouTube Live, Stream Yard, Google Hangouts, or WebEx from Cisco.

First some basic lessons about “face-to-face” communication. Eye contact is pretty important, isn’t it? It’s a sign of respect. It’s the single most important connection we can make without touching each other, and since that’s been banned thanks to the “vid,” maintaining eye contact with that little camera is paramount,

When you were younger, did you ever play the staring game? Look into a friend’s eyes. Try to maintain eye contact for as long as you can. Why? When you are on camera, as soon as you avert your eyes, or look at something else, you break your connection with the person you are talking to. This is true whether you are talking on ZOOM or talking to someone face to face.

Make sure your camera is at eye level. Put your device on a shelf, or prop up your laptop on books. In Hollywood, they shoot actors low to high in order to give more of a powerful presence on screen. (Tom Cruise is 5’7” but always appears taller on screen because of this!)

Don’t position your camera with a bright window behind you! That’s called backlighting. Since you are the subject on camera, you should have the most light on you. This is especially true if you have black or brown skin. Get a ring light or a really bright desk lamp and position it behind the camera facing you.

Sound. There are some really good built-in microphones in Apple computers, but even the microphone attached to an external set of earbuds is better than their built-in microphones.  High ceilings are a nightmare for sound, empty rooms with no carpet or furniture will make your sound hollow and can create an echo. So find a carpeted room with furniture, and better yet, invest in an external microphone. 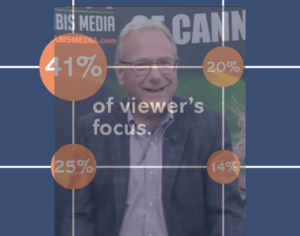 The rule of thirds. In any introductory film or graphics course, one of the first things you learn is how to frame your subjects. Each frame in a horizontal 16:9 aspect ratio is divided into 9 cells. Where the vertical and horizontal lines meet is where your focal points should be.

On ZOOM you are the only subject, so sit back in your chair and position the camera so that you fill up 2/3 of the frame with your head and shoulders. The top of your head should be in the middle center cell (2). Your neck and shoulders and arms should be touching 4-5-6 plus 7-8-9.

For those of you who don’t even turn the video on during the ZOOM call: get over it! You are human. You are not a supermodel. People will accept you as long as you can accept yourself.

Now, for those of you who are uncomfortable with their looks and don’t even put your camera on during a ZOOM call, I guarantee that at some point in the morning, you have looked at yourself in a mirror (perhaps even examined the various pores on your face), and after brushing out your bed head hair, you’ve said….OK, good enough, and started your day.

So I ask you if you are your toughest critic, and you’ve already given yourself a passing grade, you should be comfortable enough with how you look on camera.

Remember now that our way of doing business in cannabis has changed, it’s a whole new world of weed and on ZOOM! 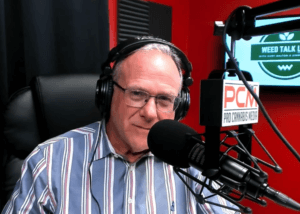 A native of Newton Massachusetts and a 1979 graduate of Tufts University, Jimmy Young has over 40 years of experience in commercial television and radio. A former Emmy Award-winning Talk Show host for his sports talk show for kids on NECN in the 90’s, he is one of the rare professionals in that industry who has had success in front of the camera, in production, and in sales management. ​

The founder of Pro Cannabis Media is the current host of In The Weeds with Jimmy Young, a weekly podcast distributed over the CLNSMedia.com, site, iTunes, Spotify, Googlecast among others. In July of 2019, he teamed up with the founder of Cannabis.net, Curt Dalton, to host a two hour live monthly Weed Talk Show where the two Massachusetts natives have interviewed some of the biggest names in Cannabis, like Steve DeAngelo, Bruce Linton, and Tommy Chong. Locally local cannabis advocates and representatives from the medical establishment in the Bay State have all appeared on that show that is now being distributed nationwide. Young also produces a weekly news video, called News Dabs, highlighting and commenting on the biggest stories around the world in the emerging cannabis universe.