What Happened With Guardian?

Guardian is a mite spray previously manufactured by All In Enterprises that was labeled as all natural, with ingredients like cinnamon and lemongrass oil. The product was being sold through grow stores across America, and was in heavy use by cannabis cultivators because of its effectiveness against mites and its proposed harmlessness. Unbeknownst to the growers and growshops that were supporting the product, it actually contained a harmful chemical not listed on the label called abamectin. 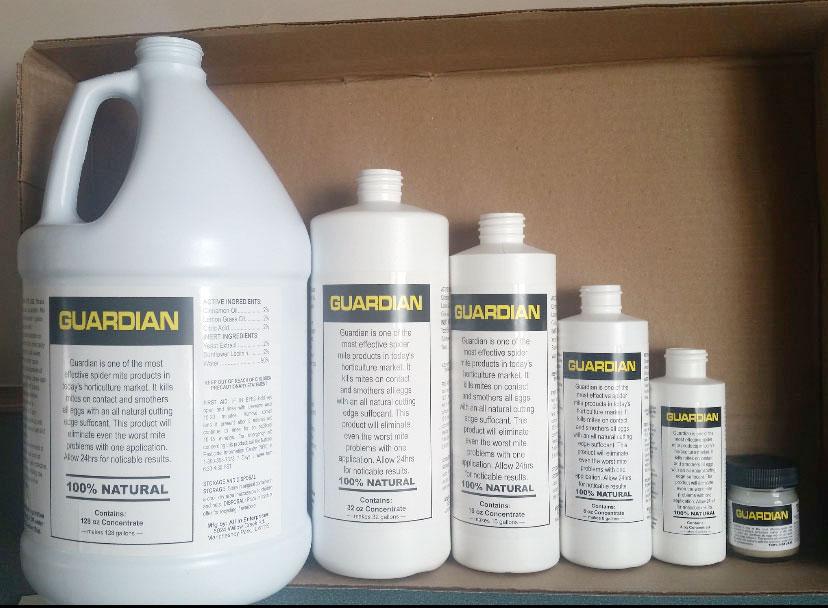 Abamectin is an EPA registered insecticide, with strict tolerances in effect due to its acute toxicity to mammals. The failure to include this active ingredient on the product label is not only misleading and potentially harmful to both the applicator and consumer of the end product, it’s also a federal violation. To further the controversy, the Oregon Department of Agriculture (ODA) released a list of approved pesticides to use in cannabis cultivation and Guardian was on it.

OG Analytical discovered the issue when clients repeatedly complained about the finding of abamectin in their organic flowers. After the third client told us they were only using Guardian, we encouraged one of these clients to bring in a sample of the Guardian itself for us to test. Sure enough, it came up hot for abamectin. Because this finding poses both a state and federal violation, we contacted the ODA and turned the issue over to them. By the next morning, they had launched a full investigation into the issue and were already visiting growshops to collect samples of their own. They confirmed our finding from several independent sources across Oregon. The Colorado Department of Agriculture (CDA), upon notice from the ODA, subsequently launched their own investigation and further confirmed the finding in several samples in Colorado.

The ODA and CDA have both turned the issue over to the EPA for further investigation. The ODA issued a Stop Sale order on February 5th, and the product has been pulled from grow shop shelves across the nation. They also removed Guardian from the approved list of pesticides, and are encouraging growers to stop using the product. On February 16th, the EPA issued a Federal Stop Sale Order.
OG Analytical hosted a brief info-session on this issue at our January Cannabis Science Pub in Eugene, OR. You can check out the video recording at https://www.youtube.com/watch?v=PSP1dc0D0nk for more information, including what to do if you’ve used Guardian in your garden.