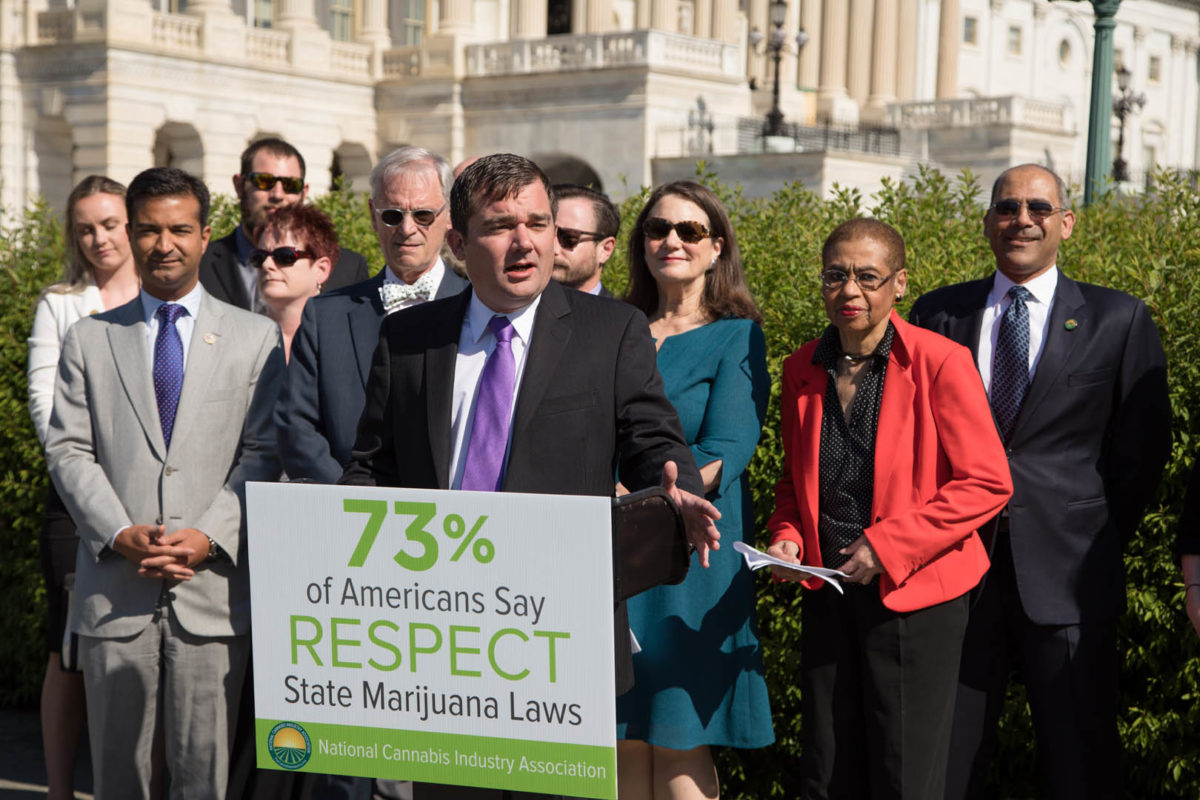 Unsurprisingly, marijuana advocacy groups are pleased about the Cannabis Caucus. In a joint statement, the Marijuana Policy Project, the Drug Policy Alliance, the National Cannabis Industry Association, the National Organization for the Reform of Marijuana Laws (NORML) and others commended the lawmakers for leading the charge on cannabis policy, and said they look forward to working with the caucus members.

“The establishment of a Cannabis Caucus will allow members from both parties, who represent diverse constituencies from around the country, to join together for the purpose of advancing sensible cannabis policy reform,” the statement reads.

“The formation of this caucus is a testament to how far our country has come on the issue of cannabis policy,” the groups add. “There is a growing consensus that cannabis prohibition has failed, and it is time for a more sensible approach.”