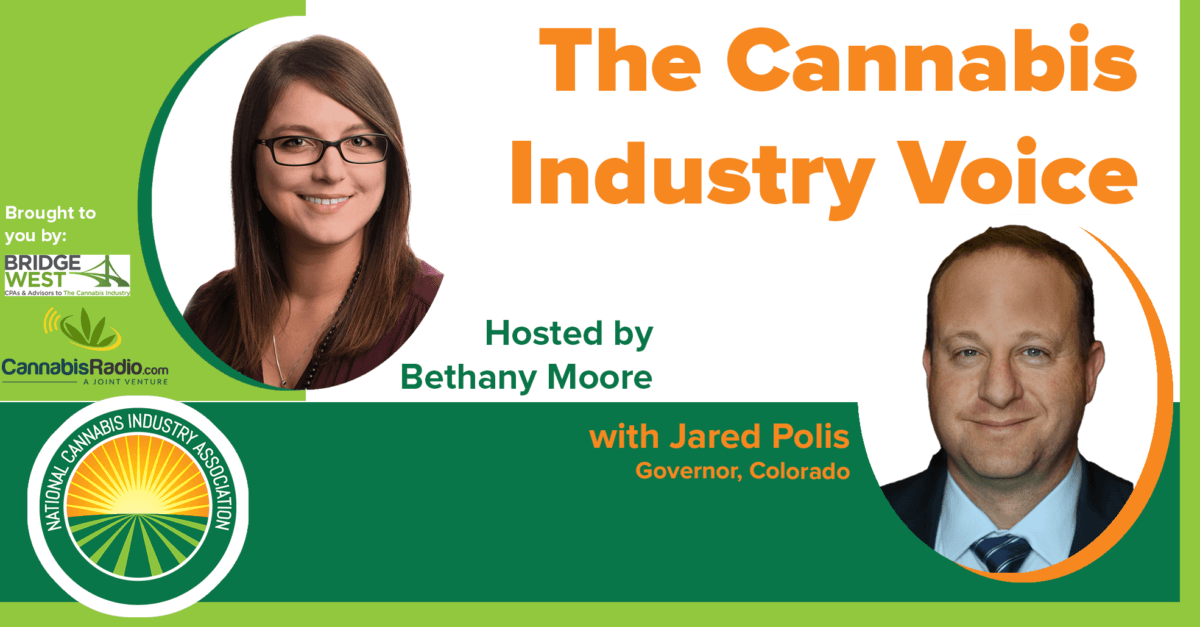 Tune in to this episode as NCIA’s Bethany Moore speaks with Governor Jared Polis. Polis born and raised in Colorado, is an entrepreneur, education leader, and public servant. Prior to becoming Governor in 2019, Polis brought medical experts, advocates, attorneys, and scientists to D.C. to legitimize cannabis legalization in the national conversation, and led the way for new market opportunities for agriculture while serving as the Congressman for Colorado’s 2nd Congressional district. From growers to producers to every strain of innovator in between, Governor Polis remains committed to ensuring that the success of Colorado’s fast-growing cannabis industry can be cultivated by all. We begin with why he supports these issues.

Even as a Representative in the House before becoming Governor, our guest was a co-founder of the first Congressional Cannabis Caucus back in 2017. We dive more into his reasoning for being a vocal supporter of cannabis reform when it was still a fringe issue. We also talk about more of Governor Jared Polis’s efforts over the years including introducing the Regulate Marijuana Like Alcohol Act many times during his time in Congress. This would have rescheduled cannabis entirely. We’re still dealing with challenges with banking and taxes in our industry. Now the CAOA has been introduced in the Senate, which has similar goals. The CAOA is much more comprehensive, so we talk more about the letter he sent to Congress with feedback about the CAOA.

This episode was brought to you by Bridge West CPAs, one of the first accounting firms in the world to focus solely on the cannabis and hemp industries.