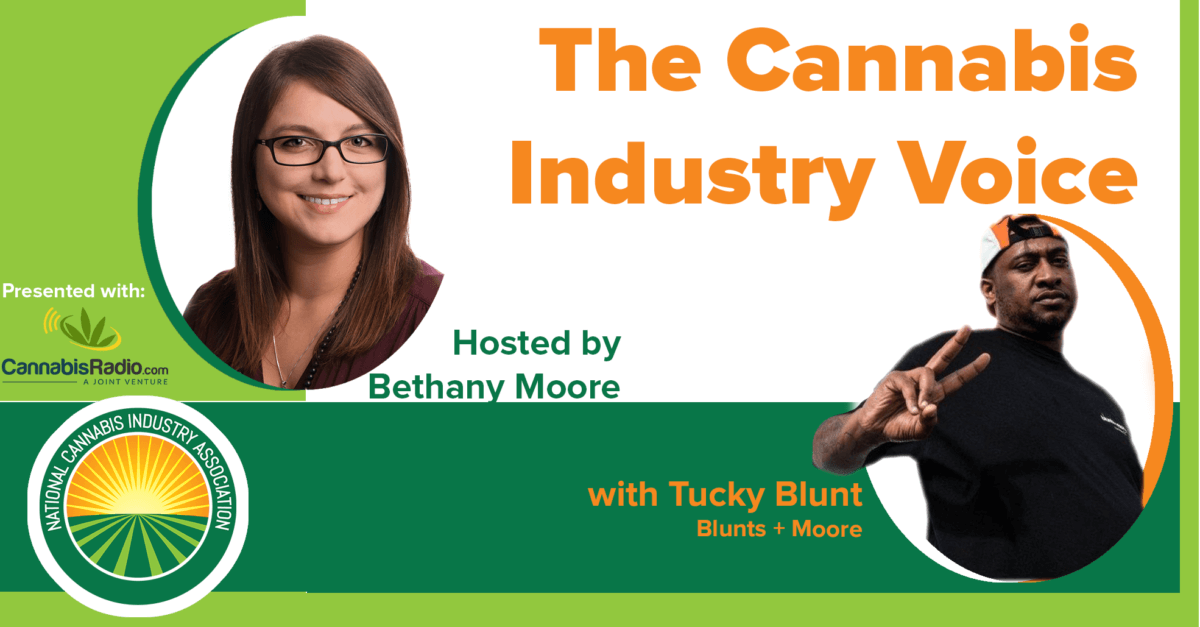 Hear from Blunts And Moore with Tucky Blunts today on NCIA’s Cannabis Industry Voice with Bethany Moore. Alphonso (Tucky) Blunt Jr. is the owner of both Proud Papas clothing and Blunts + Moore dispensary, is a 5th generation Oakland native, that has opened the 1st dispensary under Oakland’s Cannabis Social Equity Program. Blunts + Moore opened its doors on November 24th, 2018 and is proudly driven by the vibrant, hard-working local community, and striving to make cannabis accessible to all of its consumers in a safe and comfortable environment.

The owner of both Blunts + Moore dispensary, and Proud Papas clothing is a fifth-generation Oakland native, that has opened the first dispensary under the City of Oakland’s Equity Program. While growing up in Oakland, California during the war on drugs era, he managed to stay out of trouble and maintain a 4.0 GPA and a full-time job while in high school. He was also using and selling cannabis. Cannabis sales to him was another form of employment. In 1999 while on an errand with his grandmother, she had him go to a dispensary, from that day forward his mission was to own one for himself, so he could sell cannabis legally.

He worked at and was a vendor for multiple bay area dispensaries from 1999-to 2004. In 2003 he attempted to become an owner of a dispensary and was told blacks would never own in this business. In 2004 he was arrested for possession with the intent to sell, and given 10 years of felony probation with a 4-way search clause. Still determined to learn more on the legal side, he attended and graduated from Oaksterdam University in 2008. In true path formation, had he not been arrested, he would not have qualified for the Equity program… Now as the 1st person to open a dispensary under Oakland’s Equity program, he is finally continuing on that path of ownership. His goals and values are still spiritual and family-driven. He is looking to change the face of the cannabis industry, one location at a time. Blunts + Moore opened its doors on November 24th, 2018 to a huge crowd, great food, and lifted spirits. A native-born son, selling cannabis legally in Oakland!