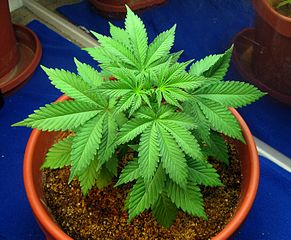 WASHINGTON, D.C. – In response to recent proposals at both the state and federal level to ban limited home cannabis cultivation and place caps on the percentage of THC allowed in regulated products, the National Cannabis Industry Association (NCIA) is joining a growing chorus of advocates and stakeholders in opposing such policies and voicing its concerns that their adoption would create unnecessary public health and safety concerns, and curtail the positive impact that regulation has had in states that have implemented modern cannabis policies.

Earlier this month, the Senate Caucus on International Narcotics Control released a report that recommended placing severe limitations on the amount of THC allowed in regulated products as both chambers of Congress are working on legislation to remove cannabis from the schedule of controlled substances and provide regulatory guidance to states with legal markets. Florida lawmakers are currently considering a bill to impose similar limits on products available through the state’s medical cannabis program. And several states in which adult use cannabis legislation is progressing are entertaining bans on limited home cultivation by adults.

“These misguided efforts are just the latest iteration of a long history of scare tactics used to unfairly stigmatize and criminalize products and behaviors that are far safer when regulated,” said Aaron Smith, co-founder and chief executive officer of the National Cannabis Industry Association. “Cannabis policies should be based on sound evidence and pragmatism rather than fear. We cannot afford to ignore the lessons from our disastrous century-long experiment with prohibition by simply banning things that may present policy challenges.”

Proposed potency caps often seek to limit THC content to levels well below what is common in even some of the lowest potency flowers and concentrates available in regulated markets throughout the country. Sales data in regulated markets show that products above the proposed THC limits continue to be popular with consumers, and scant clinical or epidemiological evidence exists to suggest significant or widespread risk associated with those products for the vast majority of consumers.

Furthermore, the outbreak of THC vaping-related illnesses at the end of 2019 – in which the vast majority of cases were tied to unregulated and untested products – illustrates both the continued availability and potential harms associated with unregulated products, as well as the willingness of some cannabis consumers to obtain them even in places where regulated options exist. This is particularly true if regulated providers do not exist or are unable to effectively compete with the unregulated market on consumer price or product options because of onerous regulatory limitations.

Potency caps on regulated products would likely send many more consumers to the unregulated market. This presents public health and safety concerns above and beyond those directly facing consumers. Increased demand for unregulated high-potency cannabis concentrates will certainly lead to an increase in unsupervised and clandestine manufacture of those products. The volatile chemicals and high degree of expertise necessary to safely process many cannabis concentrates makes unregulated production extremely dangerous, and illegal processing operations have been linked to numerous fires and explosions throughout the country.

It should also be noted that Marinol, the first FDA-approved cannabinoid pharmaceutical drug, is nearly 100% THC and is still regularly prescribed by doctors in the United States.

“If the intent of lawmakers and regulators is to protect consumer health and safety, we need to enact sensible policies to manage the full gamut of existing cannabis products, as many states have already done successfully,” said Smith. “If we can effectively regulate high-proof alcohol, which – unlike cannabis – is directly tied to tens of thousands of deaths every year, we can do it with cannabis. Potency caps will only serve to endanger consumers and the general public.”

Limited home cultivation is an issue that is becoming more prominent as state legislatures increasingly tackle cannabis policy reform in lieu of voter-driven ballot initiatives, which have almost uniformly supported the legal ability of adults to grow small amounts of cannabis in private residences. Of the 15 states where cannabis is legal and regulated for adults, only Washington, New Jersey, and Illinois do not allow limited home cultivation, though Illinois and Washington have narrow home cultivation exceptions for registered medical cannabis patients.

Lawmakers in Washington – one of the first two states to approve legalization for adults – are currently considering a bill to make home cultivation legal. Adult use legislation that includes home cultivation was recently approved in Virginia, and is awaiting the governor’s signature. However, recent proposals in Connecticut, New York, and Oklahoma have omitted this allowance to the concern of advocates and industry alike.

“Allowing adults to possess and consume cannabis while punishing people who wish to provide it for themselves flies in the face of rationality and justice,” continued Smith. “Just as individuals are allowed to make small amounts of beer at home, so too should cannabis consumers, and history has shown that retaining criminal penalties for such behavior certainly means that enforcement will be disproportionately carried out in marginalized communities. Limited home cultivation also provides an inexpensive and easily accessible way for people to develop skills and experience that can be applied in the legal regulated industry. Without home brewing, the beer industry would still be dominated by a handful of companies, and the robust craft brewing industry would not exist. We cannot allow the same thing to happen in the burgeoning cannabis industry.”

Cannabis is legal for adults in 15 states as well as the District of Columbia and the territories of CNMI and Guam, and 36 states as well as several territories have comprehensive medical cannabis laws. The substance is legal in some form in 47 states. Virginia is poised to become the 16th state to regulate cannabis for adults after its legislature approved legalization legislation this month, which Gov. Ralph Northam is expected to sign.