Back to Industry Reports & Webinars 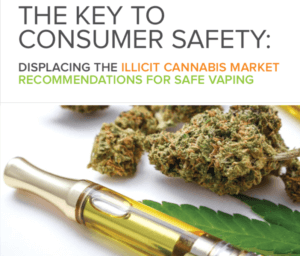 As reports began to appear of a potential linkage between lung injuries and use of nicotine and/or cannabis vaping products, NCIA’s Policy Council established a Safe Vaping Task Force to provide a consistent response on behalf of the concerned members of the regulated cannabis industry. The Task Force’s mission was to communicate clearly in response to press reports and governmental actions, and articulate the state-legal cannabis industry’s fulsome efforts to act with integrity as responsible actors.

Today, it appears that public health experts have concluded that additives from the illicit market appear to be the primary cause of this crisis. While that work continues, we attempt to clear up some of the myths that exist about vaping cannabis oil and offer explanations for other potential dangers and strategies for minimizing risk.

Comment To The U.S. Department Of Agriculture: Establishment Of A Domestic Hemp Production