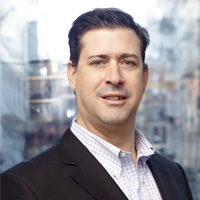 Robert Hunt has more than 15 years of experience in the cannabis industry as an attorney, a consultant, and a serial entrepreneur. Robert is currently a Partner, and the Lead Industry Executive of Tuatara Capital. In this role Mr. Hunt is responsible for leading Tuatara’s deal generation efforts, operational due diligence, and execution of new investments.

Robert is an active attorney in the State of Colorado and was also the founder of Consult Canna, a cannabis consulting firm based in Colorado, where he worked as a professional consultant to many dispensary owners and license seekers in multiple jurisdictions to help navigate a rapidly changing legal landscape. Previously, as the owner and CEO of Rocky Mountain Hydroponics in Colorado, and Evergreen Garden Centers in Massachusetts, New Hampshire and Maine, Rob tailored his company to specialize in Organic and Hydroponic growing methodology to help maximize yields at commercial cultivation centers. Over the course of four years, Mr. Hunt grew his business from one location to five and significantly increased revenue over each year of leadership, building it to four million dollars in annual revenue before selling the business to GrowLife, Inc. where he served as both the President of the retail division and a director until the early part of 2014.

As an expert in and an advocate for the cannabis industry, Mr. Hunt has been a panelist for the National cannabis Industry Association (NCIA), the Medical Marijuana Business Journal’s annual national summit and the Weedstock National Conference. He has been interviewed by: Entrepreneur Magazine, Fortune Magazine, Men’s Health, The Boston Business Journal, NBC News, ABC News, The Boston Herald, MMJ Business Daily, CNN Money, Businessweek, Mainstreet, Ozy, The cannabis Financial Network as well as numerous other publications and media outlets. He has authored articles for publications as diverse as Hydrolife Magazine, Urban Garden and the Medical Marijuana Business Daily (MMBD). He is often quoted in articles as a professional in both the hydroponics and the medical cannabis industry, including publications such as: The Boston Globe, The Boston Herald, The Boston Business Journal, CannaBusiness Magazine, The Phoenix and Wicked Local.

Mr. Hunt was formerly the Chairman of the Coalition for Responsible Patient Care, based in MA, where he spearheaded the initiative to help develop and implement the fledgling medical cannabis market in the Commonwealth. He was the principal developer of cannabis.org, a website focused on changing the scheduling of cannabis away from being a schedule I drug on the Federal Government’s list of controlled substances. Rob still authors all of the written commentary on the cannabis.orgFacebook page where he has an audience of close to 20,000 readers.

Mr. Hunt graduated Suffolk University Law School in 2007 where in his final year he completed a semester long independent study about the disparity between the Federal classification of cannabis as a Schedule I drug while simultaneously 13 U.S. States had medicinal cannabis laws on their books. Rob graduated with a B.A. from the University of Vermont in 2003 where he was the Speaker of the Student Senate and active in fighting against laws that prevented students with prior arrests for drug possession from being able to obtain Federally-backed student loans.