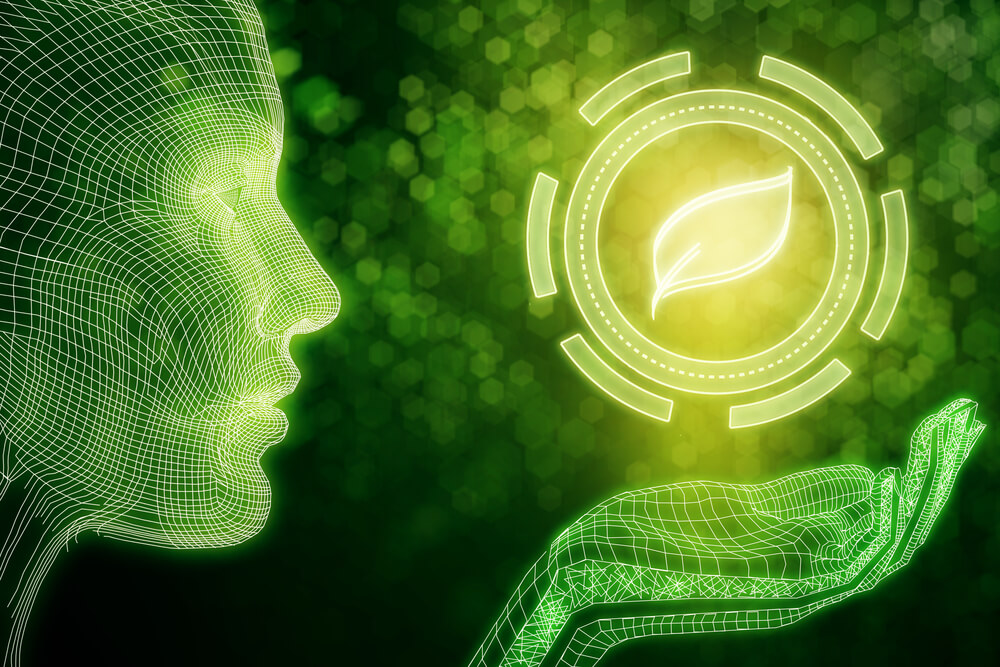 Committee Blog: Why We Should Know About Our Endocannabinoid System

So why should we know more about our endocannabinoid system?

The short answer is: that we should all be in awe of it! Here’s why; although not widely known, the Endocannabinoid System (ECS) is extraordinarily important because it maintains balance for most functionally relevant activities in your body! Why does the general public and our health care providers know little about the ECS? Why is it that when you Google “systems of the body,” the ECS rarely comes up? Why did I, someone who’s been educating adults on functionally relevant activities in the body for 35 years, not know about this system for most of those years?

The ECS is a set of millions, perhaps even trillions of these molecules that are found in cells widely spread everywhere in the body. Though there are many molecules that are considered part of the ECS, currently it is described as having two receptor molecules, CB1 and CB2 (aka CB1R and CB2R); two endocannabinoid molecules, AEA and 2-AG; and, two enzymes, FAAH and MAGL, that break down AEA and 2-AG respectively. There are several other enzymes that make or break down the endocannabinoids, but there is not a clear consensus of which belong to the ECS. The ECS as a whole plays a vital functional role in an extensive variety of cell types, maintaining balance in the body in the face of constant environmental changes, both external and internal.

The majority of ECS components reside in the Central Nervous System (CNS), Peripheral Nervous System (PNS), and the immune system, which is not surprising given the critical roles the ECS plays in these systems. But it is far more widespread than that, a PubMed search found papers discussing ECS components in all types of cells widely distributed all over the body including keratinocytes (skin cells), smooth muscle cells of the uterine wall, chondrocytes (cells that make cartilage), fibroblasts (cells that make ligaments and some other type of connective tissues), hepatocytes (cells of the liver), endothelial cells (line blood vessels), cells of the kidney, epithelial cells of the seminal vesicles (small glands that produce semen), osteoblasts (cells that make bone), osteoclasts (cells that break down bone), skeletal muscle cells, cells of the endocrine glands, cells of the corpus cavernosum (erectile tissue of the penis), and myocardial cells (the muscle cells of the heart). Collectively, the molecules of the ECS regulate or modulate most of the physiological and biochemical processes that occur in our bodies. In spite of this, the ECS is not even mentioned in the latest edition of the number one physiology textbook used in medical schools across our country!

I recently accompanied a good friend to her gastroenterologist appointment because she was having serious digestive issues. I joined her because of my extensive background in cell biology, human health, and the ECS and knowing that many experts suggest the ECS plays an important role in the cause of irritable bowel syndrome, Crohn’s Disease, colitis, and other novel therapeutic targets. The doctor is a professor at a highly respected, well-known medical school in D.C. with several years of practical experience. After he gave his diagnosis, I asked “do you think there could be an endocannabinoid deficiency disorder involved?” He looked confused and quickly changed the subject. When it comes to the ECS, this kind of evasiveness is the status quo in the ‘place’ known as modern medicine.

Sadly, I estimate at least 80-90% of the time, patients hear the same thing from their doctors, whether it is an endocrinologist managing a patient with diabetes, psychiatrists monitoring depression and anxiety, or a pediatrician who manages the care of young children with autism. All of these conditions could qualify you for a medical cannabis card in one state or another, yet medical practitioners in those same states are misinformed, at best, regarding the role of the ECS in human health and wellbeing.

There are millions of people suffering from debilitating diseases that could possibly benefit from the use of cannabis and many of them do not have access to this medicine. These diseases, which constitute 7 of the top 10 causes of death according to a 2016 CDC study, include heart disease (99), cancer (350), chronic respiratory disease (32), stroke (91), Alzheimer’s (63), Diabetes (240), and suicide (24). The number in parentheses represents the number of scholarly papers you’ll find on a PubMed search of the ECS and the name of each of the conditions.  Pubmed is a search engine for peer-reviewed scientific articles provided by the National Institutes of Health. This is a collective 899 referenced papers. Many include astounding research that describes what’s happening at the molecular level. With all this recent research, it is becoming obvious that the ECS has an enormous role in human health.

Oftentimes these conditions exist because of problems with the ECS and many believe the phytocannabinoids in cannabis can help. Imagine how different the quality of life for these millions of suffering people would be if cannabis was returned to the revered place it held for the vast majority of medical history. Think of the potential impact of simply asking your health care provider if they’ve heard of the ECS. It may prompt more doctors to do a PubMed search and start reading the more than 5,064 papers that appear! They might have the same reaction that I and many others have had. “How is it possible I did not know about this global system that seems to have some kind of a role in the regulation of just about every kind of relevant physiological process you can think of?” Hopefully having these conversations with our doctors will increase the number of doctors practicing cannabis medicine. According to an online article, the average number of patients for a family practice physician in 2018 was between 1,800-2,000. This one simple question has the potential to change the lives of thousands of people!

Fortunately, there are now 33 states where medical cannabis is legal and 13 additional states where patients can access CBD or low THC cannabis. However, here in the United States, it remains federally illegal, which creates a host of ethical dilemmas that are far too extensive to address in this discussion. Looking at all legal cannabis states, the number of conditions that qualify a person for a medical cannabis card is up to 95 and several states include “any condition the qualifying doctor deems will be improved with the use of cannabis” on their list. How in the world is one plant capable of helping with so many varied conditions and diseases? The answer is, of course, the ECS which performs the incredibly important job of maintaining homeostasis, balance of physiological activities within the body. In other words, it is a state where the body responds to a changing environment by making sure your internal environment remains within specific limits to sustain health. When homeostasis fails, disease results. And so is the case when the ECS fails. In fact, there are numerous conditions where decreases in circulating endocannabinoids have been documented, called Clinical Endocannabinoid Deficiency Syndrome (CEDS). Experimental evidence suggests this is the case for migraines, post-traumatic stress disorder (PTSD), fibromyalgia, irritable bowel syndrome and more.

We are in the infancy of understanding the incalculable intricacy of the entourage effects of more than 400 phytonutrients in cannabis interacting with the multitudinous potential responses from the immeasurable number of components in our ECS! We know that THC and other cannabinoids found in cannabis bind to the CB1 and CB2 receptors on our cells. Although CBD is a cannabinoid too, it does not actually bind to either of these receptors, but rather acts to change the binding activity of other cannabinoids.

Not a single double-blind placebo-controlled study was mentioned in this article, so my words may fall on some deaf ears, though I’m certain there will be more people interested in learning about this amazing avenue to health. Empirical evidence has been used for about 98% of the 5,000 or so years of recorded medicine practice. Interestingly, cannabis has been successfully used as a healing and spiritual agent for the same percentage of time! It seems like a no brainer, especially given the varied side effects and sometimes failure of pharmaceutical medicines used during the remaining 2% of recorded history where medicine has been practiced. In 2017, 70,273 deaths were caused by pharmaceutical medicines. In contrast, cannabis has caused zero deaths in the 5,000 years of recorded medicine!

The bottom line is that the ECS is fundamental to remaining healthy. Each of us has an ECS; made up of receptors, endocannabinoids, and enzymes widespread in all types of cells scattered throughout our bodies. Remember, this system maintains balance in our body, literally keeping an eye on all the important functions that occur. When something goes wrong, ECS components immediately fix it. But, when the ECS is unable to maintain balance, the result is often disease, a vital fact you should keep at the forefront of your mind and share whenever visiting your health care professional! 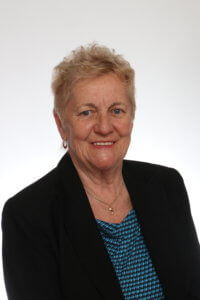 In her first year of undergrad, Ann developed a great interest in embryology while taking Anatomy & Physiology. After graduating, she enrolled in a Ph.D. program in cell biology and studied mammalian eggs and embryos.  For several years after completing the program, she continued this research at Tufts University Health Sciences Center while working as a Gross Anatomy instructor. Next, Ann worked as an assistant professor at Howard University College of Medicine, continued teaching Gross Anatomy and began studying breast and ovarian cancer cells.

After 19 years in medical academia, Ann did a 180 and moved on to the natural product industry, where she learned there were many alternatives to pharmaceuticals to achieving health. And among other topics,  taught the immense value phytonutrient rich foods and herbs have to optimal health and well-being for almost 15 years. Upon learning of the existence of the endocannabinoid system (ECS) in March 2019 she was shocked she had never heard of it, but she is far from alone. The general public is for the most part clueless about the ECS and the medical establishment, by and large, ignores its existence. So, she decided to create a company, Cannabis Education Solutions, dedicated to illuminating minds to the expansive nature of the ECS and its unparalleled importance to human health.