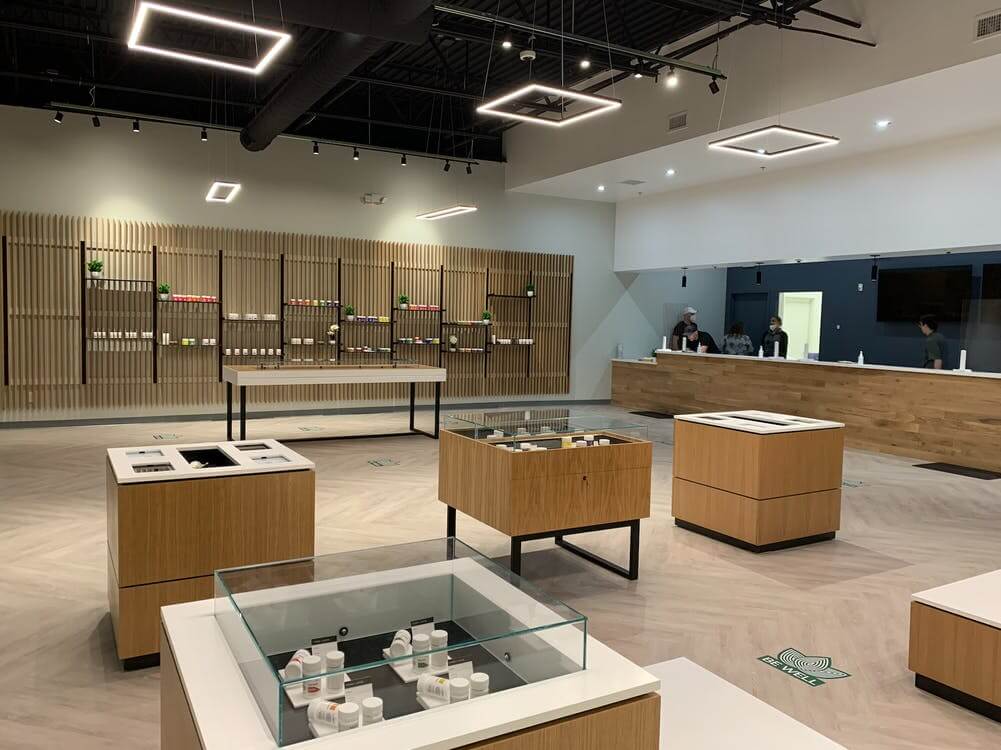 In late January 2020, Grow America Builders started construction on a new medical cannabis dispensary in Elizabeth, New Jersey, just across the river from Manhattan. It was scheduled to be a 12-week project. And then COVID-19 happened. 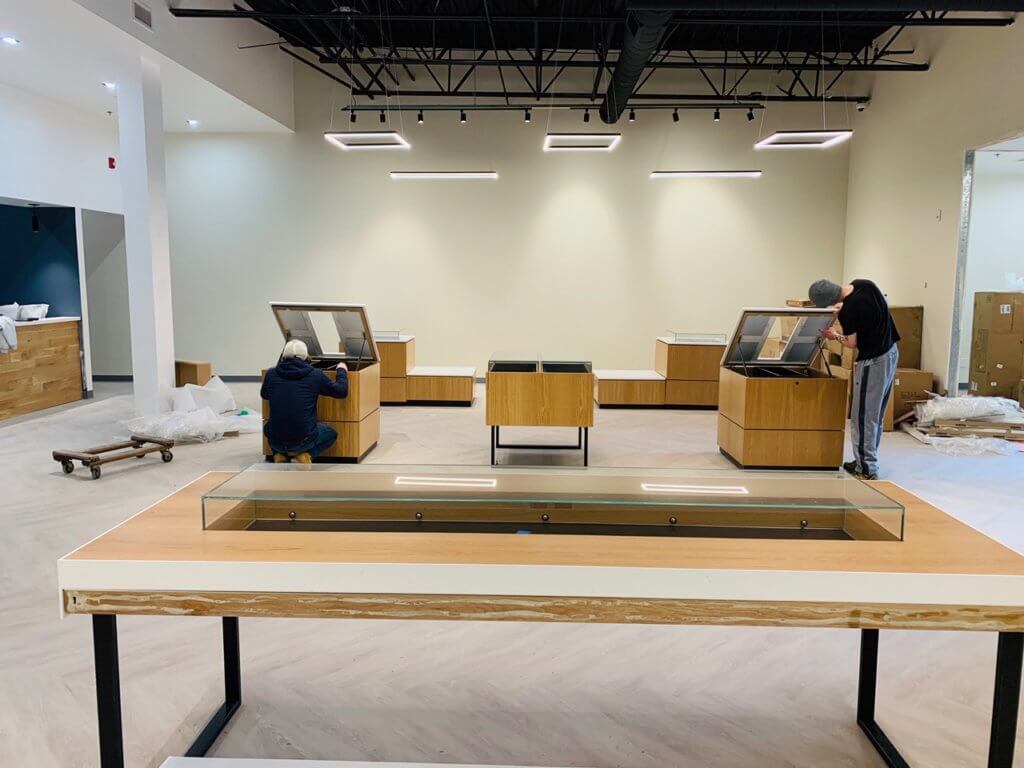 Every construction project has its own challenges and problems, but we never had to complete a project under those conditions.

The coronavirus pandemic hit the area fast and furious. Cases doubled by the day, stay at home mandates were put into effect, and there we were, in the middle of construction of a dispensary with a strict state-imposed deadline.

Most cannabis companies are given a state-imposed deadline to complete their dispensary or risk losing the license. As the chaos surrounding the virus was intensifying, the state of New Jersey was silent on whether or not there would be a time extension. We had no choice but to push ahead.

The first hurdle we faced was abiding by the new regulations. The two primary directives were that all workers must wear masks, and all entrances had to have a washing station with hot water or hand sanitizer. Every construction contractor has masks, but the second part was more of a challenge. As everyone remembers, hand sanitizer was a rare commodity in those first few weeks of COVID-19. If you had a jug of hand sanitizer you may as well have had a jug of gold bullion. Our project manager used the first of many favors and begged our plumber to come out on a Sunday to plumb a temporary sink so that we’d be operational by Monday morning.

The next problem was getting workers to the job site. Immediately, there was confusion as to who was allowed to work and who wasn’t. Some cities allowed essential work to continue, but others shut everything down except for medical personnel. Our guys were getting pulled over by law enforcement, and told that unless they were working at a hospital they would have to turn back. It was very confusing; even though construction was allowed in Elizabeth, it might not have been allowed in a neighboring town.

We lost subcontractors left and right. We assured our guys that construction was allowed on our project, but they didn’t want to risk getting continually pulled over. And then there were those who understandably didn’t want to endanger their health. The situation forced us to make modifications on the fly. We plowed ahead, finding alternate contractors and paying extra just to get bodies to the job.

It was about a month out from our deadline when we hit the biggest speed bump. One of the more critical elements of the project was a wall of interior glass separating the reception area from the sales counter. We wouldn’t get the occupancy permit without it. As soon as we were ready for the glass wall, we were told that eight members of the installation crew were out with COVID-19. They had been working on another job at which they were exposed to a bricklayer who had the disease. Regardless, the glass wasn’t even ready because the shop had closed down.

In late March, as we were frantically dealing with the glass crisis, we received an email from the city that stated all construction was to immediately cease and the building department was closed indefinitely. Internally, at Grow America Builders, this was henceforth known as “The Email.”

We had no indication that this was coming, despite the fact we had just had an inspection. The inspector probably didn’t know himself. We had about three weeks of construction remaining and roughly three weeks until the deadline. This left us with no room for error. We couldn’t afford a stoppage. We were spinning our wheels; how could we convince the city to let us finish our project when they’d shut down all other construction? It wasn’t long before the state released a list of “essential businesses” that could remain open. We scoured that list until we found what we were looking for: “medicinal cannabis dispensary.”

In a recent article on Marketwatch.com, Randal Meyer, executive director of the Global Alliance for Cannabis Commerce, recognized this and said, “There is a good reason for cannabis [retailers] to be treated like pharmacies. The basis is medical.” In the same article, it was reported that California Gov. Gavin Newsom decided that dispensaries should be treated something like pharmacies. Every governor in a medically legal state followed suit.

As long-time advocates of cannabis, we were always on the side of “legalize it.” But since working in the cannabis industry, we’ve seen the cancer patients, the veterans suffering with PTSD and the epileptics who literally depend on cannabis on a daily basis. It wasn’t news to us that medicinal cannabis would be deemed essential. It was good to know that this now seemed to be the consensus.

We started making calls to the building department and arguing to anyone who would listen that if a medical cannabis dispensary is considered essential, then the construction of one should be as well. The sooner we could get the dispensary built; the sooner people could have access to their medicine.

About 48 hours later, we received verbal approval to continue working, and about a week after that the building department opened back up with limited hours. At this point we had a good routine established; we kept the electricians away from the plumbers, the plumbers away from the millworkers and the painters only worked nights and weekends. Glass was finally being fabricated and our final inspection was scheduled. We were ready.

On the morning of final inspections, our one item of concern was that the inspector wouldn’t be happy about walking around the glass installers who were still finishing up. The issue became moot because the inspector never showed up. He had fallen ill the night before our final inspection, and since he was apparently the only inspector who could pass us for occupancy, we had to wait until he could return to work.

There were a million little things that we usually take for granted that were made that much more challenging under the shadow of COVID-19. It gives us great pride to know that we built that medical dispensary amidst the pandemic in the hardest-hit part of the country and that patients are finding it easier to gain relief in Elizabeth, NJ. 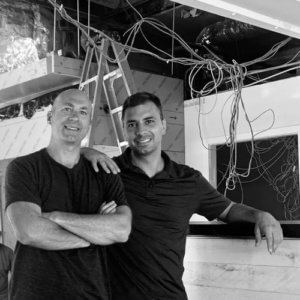 David Fettner is a managing partner of Grow America Builders, a national design-build construction company focused solely on the cannabis industry. Along with his partner, Mike Kaulentis, Grow America brings over twenty years of versatile construction experience, offering customers an end to end experience from concept through architecture, design and turnkey construction.

Sponsored Blog: What A Cannabis Focused Insurance Agent Knows That You Should

Member Blog: COVID-19 And The Impact on Cannabis

Member Blog: 7 Dispensary-Killing Mistakes And How To Avoid Them