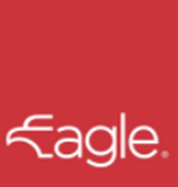 SOUTH LAKE TAHOE, Calif. (Feb. 21, 2022) – Eagle Protect, the world’s only B Corp certified disposable glove and PPE supplier, found at least 10 different enterotoxigenic strains of Bacillus cereus contamination on new and unused single-use gloves during its independent testing of 26 different brands. These findings are of note because the Bacillus microbe was found responsible for a recent recall of meat products, triggered by testing from the U.S. Department of Defense.

Eagle Protect’s findings, combined with the meat recall notice, has prompted the company to issue an urgent warning to the food handling industry on the hidden risks of not just chemical but also significant microbial single-use glove contamination in the existing supply chain. It’s estimated that Bacillus cereus is the fifth-leading cause of foodborne illness, with over 60,000 cases each year. Other pathogens identified on gloves that may represent significant public health hazards for glove users or food establishments included Listeria monocytogenes, Clostridoides difficile, Staphylococcus aureus, Pseudomonas aeruginosa, Streptococcus pneumoniae and Bacillus anthracis (Anthrax).

“In the case of food recalls, the key concern which needs to be addressed is the source of contamination,” said Steve Ardagh, CEO of Eagle Protect. “At what stage of the food supply chain is the contamination occurring? Since glove factories supplying the U.S. food industry are not subjected to rigorous FDA monitoring or scrutiny, and few controls are required in relation to the reliability and consistency of raw material ingredients, manufacturing processes, cleanliness, and factory compliance, are food companies exposing their supply chain to an increased risk of contamination, outbreaks, and recalls?”

The preliminary testing results of Eagle Protect’s third-party glove analysis also identified a significant number of other foodborne illness pathogens on many of the new and unused gloves tested. The results included numerous Bacillus cereus strains found on gloves containing combinations of virulent cytotoxic and emetic toxins. These and other findings from Eagle’s glove analysis, spanning a four-year period, were previously presented at the 2019 and 2021 International Association of Food Protection (IAFP) conferences, with additional results to be published in the coming months. The scope of the independent testing was conducted on approximately 3,000 glove samples of new and unused FDA food-compliant and medically approved gloves for various factors including pathogen loading.

To date, the results have identified over 250 different microbial species, bonafide fecal indicators, and nearly two-dozen food and cutaneous pathogens, found on both the interior and exterior glove surfaces

The FDA Food Code for disposable gloves (FDA Title 21, Part 177) does not specifically require gloves to be intact, clean, or sanitary, and require no testing upon arrival in the U.S.

“A significant amount of trust is being placed in the hands of manufacturers, the majority of which are based in southeast Asia,” said Ardagh. “But in some cases, our testing has revealed this trust may be misplaced based on the extensive glove analysis results soon to be published.”

A recent recall, due to chemicals transmitted from food safe gloves, is one such case in which the source of contamination was traced back to gloves. It’s a pressing concern for the industry, with negative consequences for both the bottom line and brand reputation, not to mention the health and safety of consumers and glove users. According to a study conducted by GMA, Covington & Burling LLP, and Ernst & Young, the average financial cost of each food recall is over $10 million.

Additional preventive controls are necessary to protect the food supply from glove cross-contamination. This risk to the U.S. food industry can be mitigated if suppliers partner with manufacturers who adhere to consistent, high standards of manufacturing and raw material quality and hygiene practices. Reliable and frequent quality assurance, coupled with routine auditing practices ensure the highest standards of food-safety performance and consistent manufacturing processes. For further information on Eagle Protect and their glove analysis, visit www.eagleprotect.com.

Eagle Protect was founded in 2006 by Steve Ardagh and Lynda Ronaldson, whose purpose has focused on the responsible sourcing of quality products, improving their customers’ food safety and mitigating single-use glove risks. Eagle’s proprietary independent glove analysis tests for cleanliness (microbial and fungal contaminants), chemicals and toxins, durability, and cross-contamination potential, ensuring their gloves adhere to the highest level of food safety performance and quality.