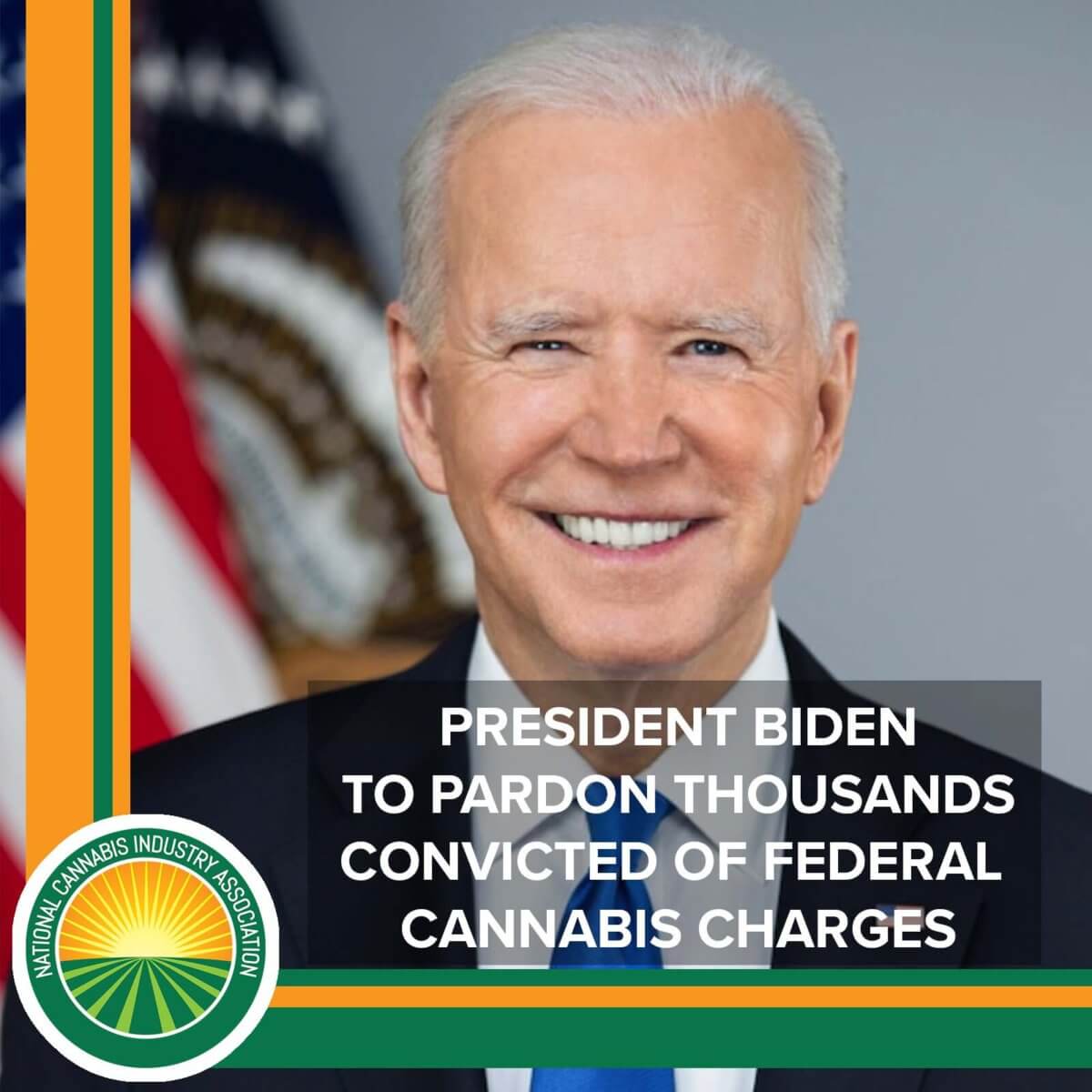 WASHINGTON, D.C. – Today, President Biden made an unprecedented announcement that his administration would begin the process for the pardoning of thousands of people with nonviolent marijuana use or possession convictions, and would begin the process of working with the Department of Health and Human Services to reclassify marijuana from a Schedule I drug in the Controlled Substances Act.

“We commend this important and necessary step to begin the process of repairing the harms of prohibition and look forward to working with Congress and the administration to develop policies that would ultimately solve the underlying problems in our outdated cannabis policies,” stated Aaron Smith, Co-founder and CEO of the National Cannabis Industry Association. “It’s imperative that we finally harmonize state and federal laws so that Main Street cannabis businesses can supplant underground markets and nobody is ever again put behind bars for a nonviolent marijuana crime. Removing cannabis from the federal Controlled Substances Act is the only way to achieve those goals.”

This recent move by President Biden reflects modern public opinion on the issue. According to a recent Pew Research poll, less than 10% of Americans support federal marijuana prohibition.

Laws making cannabis legal for adults have passed in 19 states as well as the District of Columbia and the territories of CNMI and Guam, and 37 states, as well as several territories, have comprehensive medical cannabis laws. The substance is legal in some form in 47 states.

The National Cannabis Industry Association (NCIA) is the largest cannabis trade association in the U.S. and the only organization representing small cannabis businesses at the national level. NCIA promotes the growth of a responsible, sustainable, and inclusive cannabis industry and works for a favorable social, economic, and regulatory environment for that industry throughout the United States.