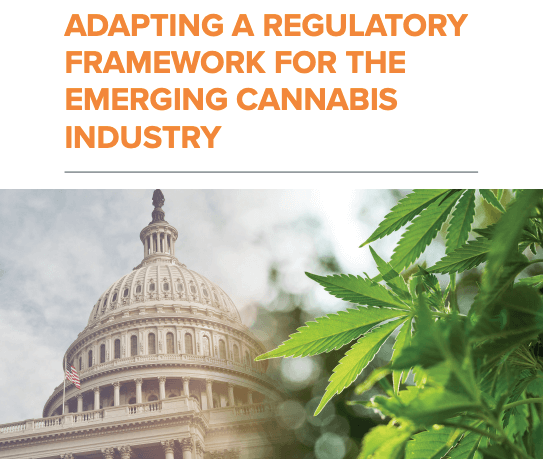 Report urges Congress to remove cannabis from the Controlled Substances Act; suggests classifications for different cannabis products, most appropriate federal agencies and methods to regulate them

WASHINGTON, D.C. – On Tuesday, the National Cannabis Industry Association (NCIA) announced the release of a paper providing extensive guidance on how cannabis should be regulated at the federal level. The paper highlights the need to have a clearly defined regulatory approach and structure prepared as the nation moves closer to making cannabis legal for adults, and identifies the existing agencies best suited to regulate the wide variety of cannabis products available in state-regulated legal cannabis markets.

The full paper, which was produced by NCIA’s Policy Council, is titled “Adapting a Regulatory Framework for the Emerging Cannabis Industry” and can be found here.

“As a country, we are starting to move past whether we should end cannabis prohibition, and need to put serious consideration into how we do that and what a post-legalization world looks like in terms of federal regulatory policy,” said Aaron Smith, executive director of the National Cannabis Industry Association. “The recommendations outlined in this report build on successful methodologies by assigning regulatory duties to existing agencies, while avoiding restrictions that would not be appropriate for cannabis as well as some of the missteps that have occurred with other products. We look forward to working with Congress to overturn our outdated federal marijuana laws and begin implementing this structure to help ensure public safety and displace the illicit cannabis market.”

The variety of products that contain cannabis means that a “one-size-fits-all” regulatory framework would be ineffective. Under such a framework, some products would be overregulated, while others might be underregulated. Instead, different regulatory structures, or “lanes,” should be utilized based on the characteristics and intended uses of the products to leverage existing federal regulatory expertise. This will lead to an effective and efficient review process for existing government agencies, specifically the Food and Drug Administration (FDA) and the Alcohol and Tobacco Tax and Trade Bureau (TTB), that avoids unnecessary bureaucracy, costs, and delays for cannabis companies or the government. Because human consumables are already regulated by the federal government through a variety of regulatory lanes designed for these purposes, most cannabis products could simply follow analogous products already being sold legally through these lanes, which the paper defines as follows:

The paper also explains some of the reasons why removing cannabis from the Controlled Substances Act, rather than moving it to a different schedule, is necessary for the effective implementation of federal regulations.

“This approach will help us protect consumers, foster research, and provide guidance for the growing number of states that are regulating cannabis for adult and medical purposes as we work to repair the harms caused by prohibition,” continued Smith.

Cannabis is legal for adults in 11 states as well as the District of Columbia and the territories of CNMI and Guam, and 33 states as well as several territories have comprehensive medical cannabis laws. The substance is legal in some form in 47 states. Last week, the House of Representatives overwhelmingly approved the first standalone cannabis legislation to receive a vote in Congress, the SAFE Banking Act, which would allow financial services providers to work with state-legal cannabis, hemp, and ancillary businesses.