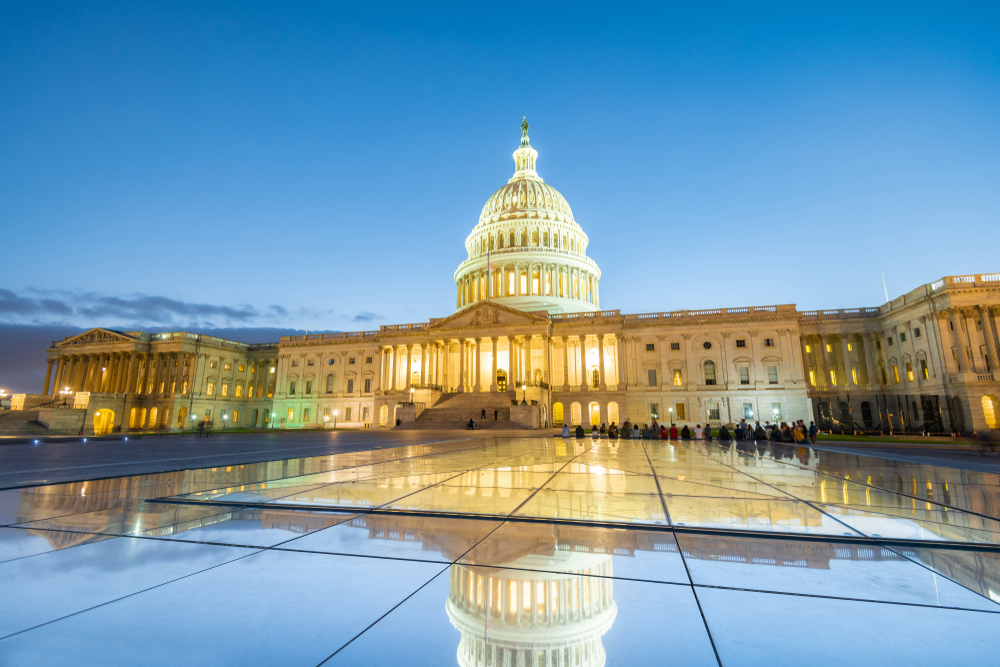 WASHINGTON, D.C. – The introduction of legislation in Congress that would allow states to determine their own cannabis policies without fear of federal interference was announced in a bicameral press conference at the Capitol on Thursday featuring bill sponsors and members of the congressional Cannabis Caucus. The Strengthening the Tenth Amendment Through Entrusting States (STATES) Act of 2019 is being introduced by Sens. Cory Gardner (R-CO) and Elizabeth Warren (D-MA) in the Senate and Reps. Earl Blumenauer (D-OR) and Dave Joyce (R-OH) in the House.

“The current federal policy interferes with the ability of states to implement their own cannabis laws, and the resulting system has stifled important medical research, hurt legitimate businesses and diverted critical law enforcement resources needed elsewhere,” said Rep. Dave Joyce. “It’s past time for Congress to clarify cannabis policy on the federal level and ensure states are free to make their own decisions in the best interest of their constituents. The STATES Act does just that by respecting the will of the states that have legalized cannabis in some form and allowing them to implement their own policies without fear of repercussion from the federal government.”

The bipartisan legislation would exempt individuals and businesses in compliance with state cannabis laws and a set of new federal guidelines from certain provisions of the federal Controlled Substances Act. The legislation does not remove federal criminal penalties for illicit marijuana behavior but would end federal interference with state and tribal laws that have regulated the production, sale, and personal consumption of cannabis for medical patients and adults age 21 and older. The bill also mandates the Government Accountability Office to study the potential impact of cannabis legalization on traffic safety, and removes a provision from last year’s bill regarding hemp that was addressed in the 2018 Farm Bill.

“The STATES Act is being reintroduced at a key moment when bipartisan support for cannabis policy reform is at historic levels in both chambers of Congress and among the general public,” said Aaron Smith, executive director of the National Cannabis Industry Association. “Regulating cannabis is successfully replacing illicit markets with licensed businesses in a growing number of states across the country. This legislation will simply allow those state regulatory programs to succeed without federal interference.”

During his confirmation hearings earlier this year, Attorney General William Barr stated verbally and in writing that he would not direct the Dept. of Justice to target cannabis businesses or individuals that are in compliance with state cannabis laws, but individual federal prosecutors are still able to do so legally at their own discretion, creating uncertainty at the state level. The STATES Act would codify the policy reiterated by Barr into law.

In June, President Trump said he would probably support the legislation if it came to his desk for approval, and noted several times during his campaign that he was in favor of leaving cannabis issues up to the states.

There are currently several cannabis reform bills being considered in Congress, including the SAFE Banking Act, which would provide safe harbor for financial institutions that choose to work with cannabis businesses and which was approved by the House Financial Services Committee in a bipartisan vote last week.

Cannabis is legal for adults in ten states and the District of Columbia, and 33 states as well as several territories have comprehensive medical cannabis laws. The substance is legal in some form in 47 states, and dozens of states are considering cannabis policy reform legislation this year. This week, the governor of Guam signed a legalization bill into law.