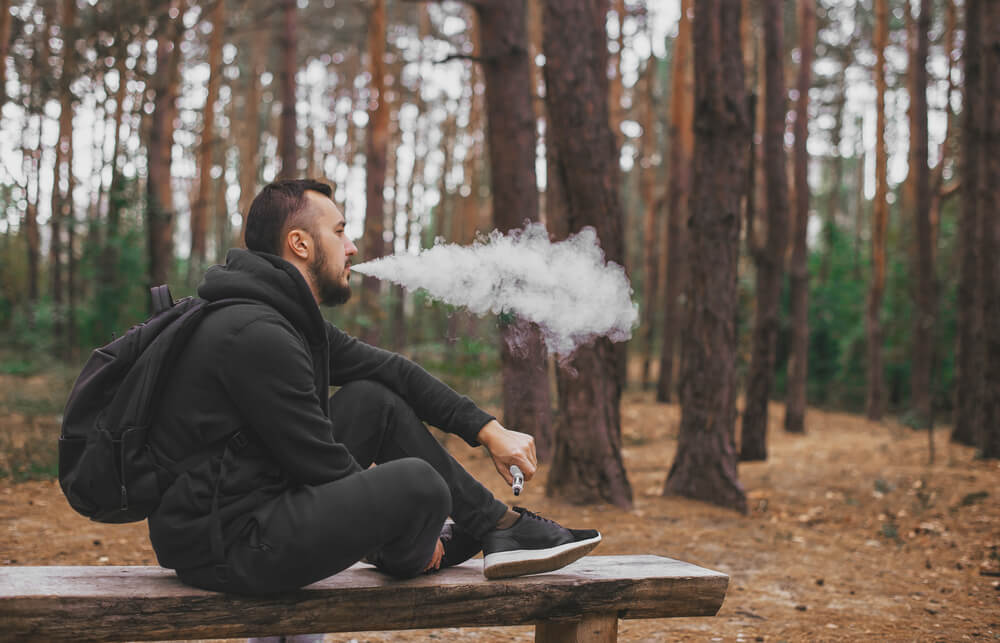 It was January 28, 2020: It’s a full house at the Berkeley City Council meeting, with comprehensive changes to the city’s marijuana regulations on tonight’s agenda. The biggest issue, with supporters of both sides attending, is the vote to consider legalizing cannabis consumption at specially designated licensed dispensaries.

The proposal to allow smoking, vaporizing, and consumption of edible goods is supported on one side by a phalanx of marijuana advocates and dispensary operators, and on the other side, it’s the city Health Department and Berkeley’s famously NIMBY neighbors. This conflict runs deep; cannabis users want dignified, legal facilities where they can gather and use marijuana, and several dispensary neighbors and the health department want this idea squashed, full stop.

Fact is, people have long gathered together to share cannabis, as shown by an extensive recorded history of use. This spans from ancient Sumerians, who built huts and vaporized cannabis on burning coals inside, to underground marijuana smoke-ins in the 70s and 80s, to now, where cities are licensing legal cannabis consumption facilities for adults.

California is helping lead the United States consumption lounge movement. For example, California’s Bureau of Cannabis Control (BCC) regulations (Section 5025) explicitly contemplate the possibility of consumption lounges, stating that “this section shall not be interpreted to prohibit cannabis consumption on the premises of a licensed retailer or licensed microbusiness authorized to engage in retail sales,” as long as they are locally licensed and approved.

The state law also created Temporary Cannabis Event Licenses, where onsite consumption is allowed at festivals like the High Times Cannabis Cup and the Emerald Cup. Yes, with city or county and state permission, it is possible to throw your cannabis dream event, but there are a limited number of locations in only a handful of places that allow these uses (including my hometown, Oakland). This makes it hard to get these licenses, and the costly and complicated regulations are hard to meet once you have one. Anyone hosting a Temporary Cannabis Event can expect to interact closely with the BCC regulators, who will surely attend to ensure compliance. 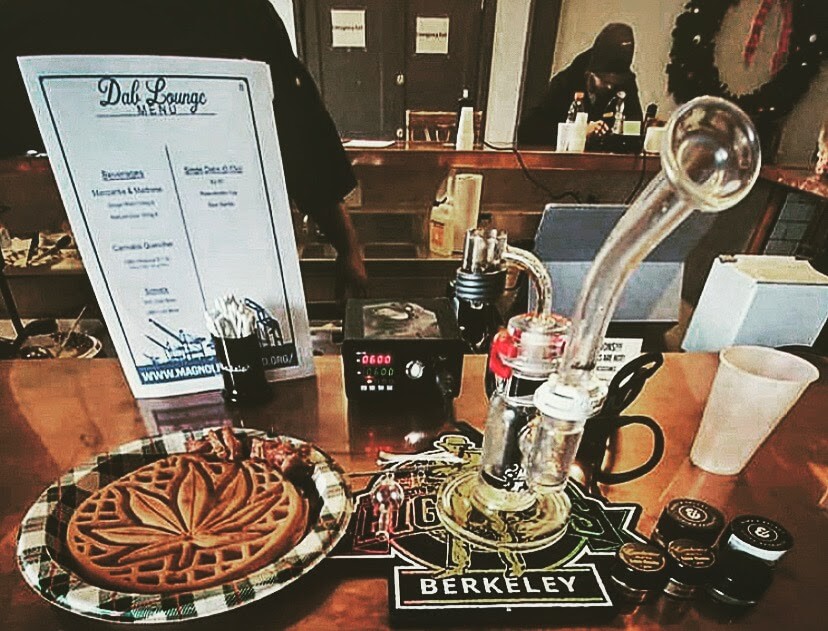 Cannabis consumption facilities are nothing new in California. They have long existed, ever since Dennis Peron opened his first dispensary in San Francisco in the early-1990s. His famous location on Market Street was five stories high, literally, as each floor contained tables, couches, and chairs where patrons could hang out and consume cannabis. When the Compassionate Use Act of 1996 passed, collective dispensaries started opening across the state, despite federal illegality and the occasional raid because of it (Dennis was raided by the feds and forced to close in 1998).

I opened my first cannabis consumption lounge at Berkeley Patients Group in 1999, which was long before it was legal to do so. This was under the cover of tolerance provided by Proposition 215; after all, not even dispensaries were actually made legal by this groundbreaking initiative. That didn’t happen until the state legislature passed the aptly named SB 420 in [year], after which most cities grandfathered in their existing cannabis dispensaries. (Not all, though. Some municipalities used this transition as an excuse to ban dispensaries, or to close existing ones, during long periods of regulatory contemplation.) Berkeley allowed onsite consumption until the early 2010s, when the local regulatory processes changed. Hence, the City Council vote tonight to decide the fate of onsite consumption here once again.

Now, I own Magnolia Wellness dispensary in Oakland, where local regulations have allowed cannabis consumption at specifically licensed dispensaries since 2017. Magnolia’s Dab Bar and Vapor Lounge was the first legal consumption lounge in the East Bay. We have café style tables, a gorgeous full, copper top bar, glass dab rigs with e-nails, Vapexhale and Volcano vaporizers, and a variety of tasting events where people can try samples. Unfortunately, Oakland’s dispensary law only allows vaping, edibles, and topicals, limiting smoking to additionally permitted outdoor patios, none of which currently exist. (Full disclosure: I also co-own Hi Fidelity dispensary in Berkeley, too.)

San Francisco, on the other hand, has more than a dozen shops where cannabis smoking, vaping, and edibles consumption are all allowed. SPARC, one of the first lounges in the city, has tasteful tables and chairs right in the main dispensary, where volcano vaporizers can be used onsite. Vapor Room, a few blocks away, is a smaller neighborhood joint, with a handful of seats for people to sit and enjoy smoking or vaping. According to owner Martin Olive, it was a costly HVAC system, at a near six-figure expense, that allowed his facility to host its cannabis smoking patrons. Moe Greens, the latest licensed lounge to open in the city, took four long years to get licensed, but is now a beautiful facility, with cushy booths for smoking and a counter service dab bar with top-of-the-line e-nails and dab rigs for patrons to use.

West Hollywood is the biggest news on the California consumption lounge scene, as the city recently licensed 16 facilities for on-site consumption. Half of these facilities will allow retail sales and consumption, while the others are allowed to sell only single-use items, designed to be consumed café style, while patrons are on-site. This plan has been controversial, though, because in issuing these licenses, the city took permits away from several of the long-existing dispensaries, re-issuing them to new operators. The ensuing lawsuits and legal battles will surely play out through 2020.

There is another big problem in West Hollywood: the state law does not match up with their rather forward-looking ideas for cannabis cafes. For example, cannabis cannot be blended into café food and served on the spot, as the city imagined when creating this law; Cannabis can only be sold pre-packaged and tested, per BCC regulations. Furthermore, state-licensed cannabis businesses are not allowed to sell anything but cannabis products (and a shortlist of branded items like mugs, lighters, and pipes). In other words, they can’t sell non-infused foods or beverages like coffee, soda, or tea (or, since we are talking West Hollywood, kombucha and smoothies).

Until state law changes, the plan is stuck in limbo, with facilities looking for creative workarounds to allow food and beverage service. 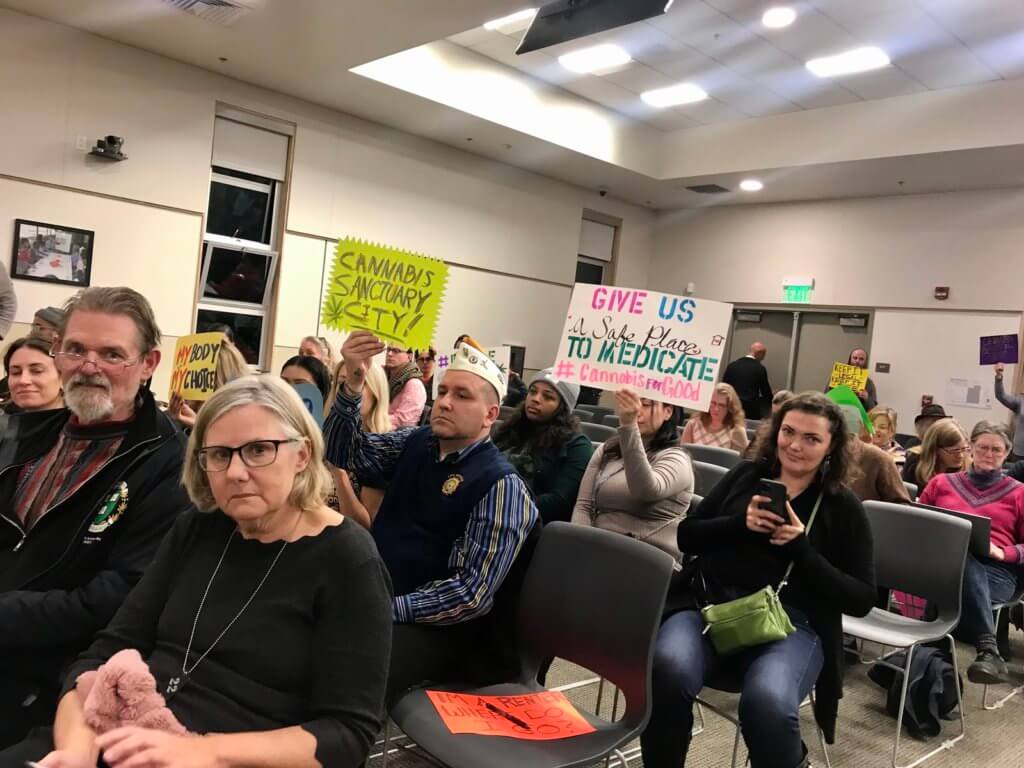 So, despite the West Hollywood ordinance passing in late 2018, only one facility has opened there, and even this has hit roadblocks. In fact, they recently re-branded after only a short time in business, from Lowell’s Café to the Cannabis Café, after a regulatory crackdown hit the Lowell’s brand hard. It remains to be seen when the other 15 cannabis lounges will open there.

Back in Berkeley, staff from the Health, Planning, Police and Economic development offices joined forces with the Berkeley Cannabis Commission to present the City Council with a comprehensive plan to update the city’s cannabis ordinance. Diverging opinions meant that the agenda contained competing proposals on several of the ten proposed ordinance changes, with the Cannabis Commission leading efforts to create progressive changes, and the Health Commission stuck on the old trope, “we need more research.”

Elizabeth Greene, City of Berkeley Senior Planner, explained to Council that these proposals have been in development since 2017, with the goal of expanding the rules to protect the entire cannabis supply chain, from seed to sale. This includes development of two new license types, cannabis consumption lounges and non-retail dispensary licenses.

“State law allows for consumption lounges as part of a retail license, as these are the only facilities open to the public,” Greene says. “Currently, consumption lounges are not permitted in the City of Berkeley.” Her presentation made it clear that city staff recommended cannabis lounges be permitted, despite the worries of the Health Commission, whose representative commented that “legalization is new,” despite that cannabis sales have been regulated by the city for around 20 years.

Long time senior advocate, and ICANN dispensary owner, Sue Taylor spoke eloquently in support of the proposal to allow lounges. “Seniors need a place to learn about cannabis, how to use it and dosing, and you could do that in a vape lounge. I can’t go into their homes, but I can provide this education at a lounge,” says Taylor. “It’s not like a bar; at a bar, you just get sicker. A vape lounge helps people.”

Ultimately, the City Council agreed. By 11:30 PM, Mayor Jesse Arreguín called the vote, with the Council unanimously approving the entire proposal. Supporters filled the room with cheers, and long-time advocates like myself reflected on the fact that, yes, hard work and determination do pay off. Together, we may just end prohibition, once and for all — and have some fun, too. 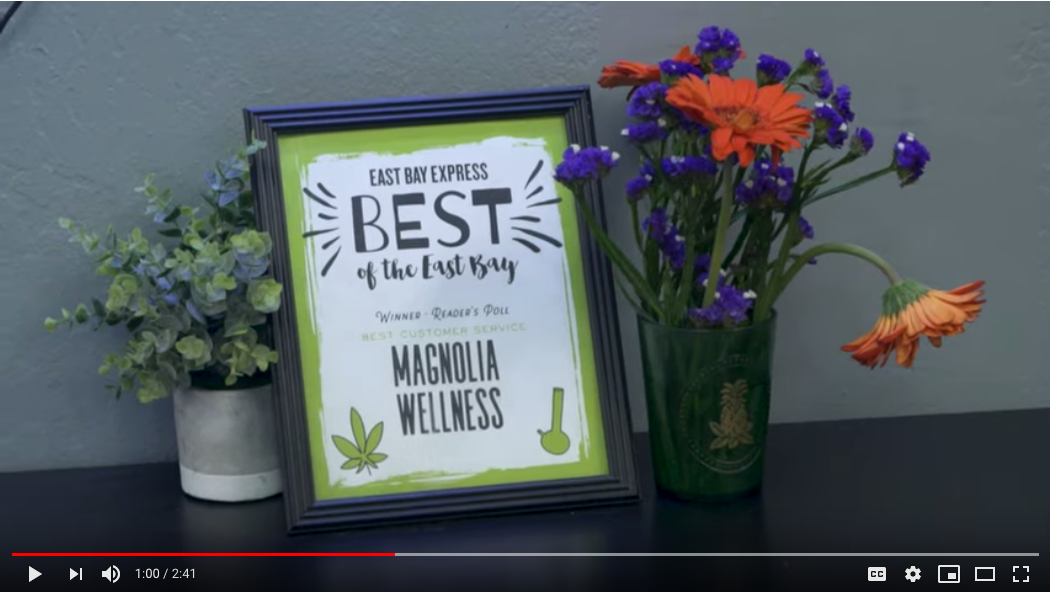 In this month’s video spotlight, get to know Debby Goldsberry, Executive Director of Magnolia Wellness, and her team based in Oakland, California. Debby is a community leader who is active in the campaign to reform the California state cannabis laws and to protect patients’ rights. Learn more about how the team at Magnolia Wellness creates a healing environment for their patients, including the East Bay’s only vapor lounge and dab bar, and how they give back to the community through various social programs.

In this month’s video newsletter, NCIA Director of Events and Education Brooke Gilbert shares some of the highlights from last month’s 4th Annual Cannabis Business Summit & Expo, held in Oakland, California. With more than 5,000 attendees, 80,000 square feet of expo floor, in-depth workshops and tours, and exceptional keynotes and panel discussions, #CannaBizSummit attendees got connected and inspired with us over the course of three days in June. Thanks to everyone who attended and made the event NCIA’s best yet!

NCIA’s 3rd annual Cannabis Business Summit is 2016’s can’t-miss event for cannabis industry professionals. But don’t take our word for it! Hear some of the industry’s most successful businesses – including Funksac, The Capsule Consulting Group, Harborside Health Center, Medicine Man, Cannabis Trainers, and more – explain why the Cannabis Business Summit is at the top of their event list.

Then purchase your Members-Only Early Bird tickets by December 18 to save $380 off the regular price!
Not yet an NCIA member? Add a one-year membership to your ticket purchase to get the early bird discount AND $50 off your member dues!