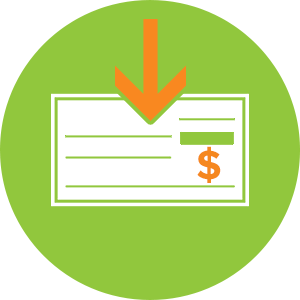 WASHINGTON, D.C. – A bill that would make it easier for financial institutions to work with the cannabis industry was introduced today and is expected to be considered in Congress this session. The Secure and Fair Enforcement (SAFE) Banking Act, sponsored by Reps. Ed Perlmutter (D-CO), Denny Heck (D-WA), Steve Stivers (R-OH), and Warren Davidson (R-OH) in the House with 106 cosponsors, would provide much-needed clarity and protections for banks that choose to work with cannabis businesses that are in compliance with state laws.

“Members of the legal cannabis industry are already one of the most unfairly taxed and heavily regulated groups in the country. They shouldn’t have to deal with the additional costs and safety concerns that are caused by preventing banks from working with them,” said Aaron Smith, executive director of the National Cannabis Industry Association. “The SAFE Banking Act is a narrowly tailored and absolutely necessary step to address an issue that is getting increasingly urgent as more and more states decide to sensibly regulate cannabis.”

“The majority of American voters have spoken and it’s happening whether we act or not. The SAFE Banking Act is focused solely on taking cash off the streets and making our communities safer,” said Rep. Perlmutter. “Only Congress can provide the certainty financial institutions need to start banking legitimate marijuana businesses – just like any other legal business – and reduce risks for employees, businesses and communities across the country.”

The SAFE Banking Act would prevent federal banking regulators from punishing banks for working with cannabis related businesses that are obeying state laws or halting their services, taking action on loans made to those businesses, or limiting a depository institution’s access to the Deposit Insurance Fund. The bill would also protect ancillary businesses that work with the cannabis industry from being charged with money laundering and other financial crimes, and requires the Financial Institution Examination Council to develop guidance to help credit unions and banks understand how to lawfully serve cannabis businesses.

Draft legislation of the SAFE Banking Act received a historic hearing in the House Consumer Protection and Financial Institutions Subcommittee last month, which heard supportive testimony from the California state treasurer, law enforcement, representatives of credit unions and banks, and a licensed medical cannabis producer and retailer from the District of Columbia. NCIA submitted written testimony along with the personal stories about the burdens and safety concerns created by the current banking situation from nearly 100 cannabis industry professionals.

The American Bankers Association recently voiced their support for this legislation, reporting last month that financial industry surveys show three quarters of banks have had to close a cannabis business account because of the current restrictions, and that support for clarification from Congress on this issue is nearly unanimous, even among banks in non-legal states that have no interest in directly serving the cannabis industry. And last week, Federal Reserve Chairman Jerome Powell cited the need for more clarity about cannabis banking in a Senate Finance Committee hearing. Last year, this legislation had 20 cosponsors in the Senate and 95 cosponsors in the House.

Cannabis is legal for adults in ten states and the District of Columbia, and 33 states as well as several territories have comprehensive medical cannabis laws. The substance is legal in some form in 47 states. In February, legislative committees in four states approved cannabis legalization bills, and many more states are expected to consider the issue this year.