This is article is the second in a series, which will provide a general overview of the laws that impact raising money in the cannabis industry. 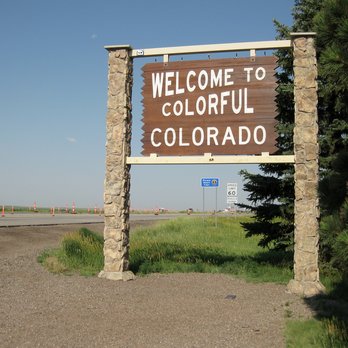 Colorado currently has the strictest residency requirements for ownership of marijuana establishments in the United States, imposing a two-year residency requirement for any owner of a licensed business. In addition to the constraints imposed by such a lengthy residency requirement, the Colorado Marijuana Enforcement Division (the “MED”), which is the regulatory body concerned with the marijuana industry, takes a broad view of what constitutes ownership (e.g., guarantying the debt of a licensed entity can constitute ownership). Earlier this year, on May 11, 2016, in order to address the funding difficulties created by the strict residency requirements (note that because the changes to the residency requirements apply to both medical and retail marijuana businesses, this article will not distinguish between the two when discussing the legislative changes and will simply refer to licensed entities, which shall mean both medical and retail licensed entities), the Colorado Senate passed Senate Bill 16-040, as amended by the House, commonly referred to as the “Residency Bill” (the “Bill”). The Bill was subsequently signed into law by Governor Hickenlooper on June 10, 2016. The Bill, which goes into effect on January 1, 2017, will radically change the residency requirements imposed on licensed businesses. These changes are addressed in detail below. This article, with limited exceptions, only addresses the changes explicitly described in the Bill and does not address the further complexities raised by draft rules promulgated by the MED regarding the Bill since these rules are not yet final.

As noted above, in addition to requiring that all owners of a licensed business be at least two-year Colorado residents (and must also meet certain background requirements), Colorado takes the view that a person or entity that has a beneficial interest in a marijuana business and/or substantial control over a marijuana business is considered an “owner.” A beneficial interest has been informally defined as being paid based on profits (whether gross or net). In determining if a person or entity has an ownership interest in a marijuana business, the state considers a non-exhaustive list of factors, including whether a person or entity 1) bears risk of loss and opportunity for profit; 2) is entitled to possession of the licensed premises; 3) has final operational decision-making authority over business; 4) guarantees the businesses’ debts or production levels; 5) is a beneficiary of the business’s insurance policies; 6) acknowledges tax liability for the business; 7) acts as an officer or director of the business; 8) is contracted to manage the overall operation of the business; 9) has a licensing agreement with the business (note that it is possible to structure licensing agreements so as to avoid triggering the determination of ownership, but this can be complicated); 10) has ownership of shares or other equity interests of the licensed business; 11) has a secured interest in furniture or fixtures directly used in the manufacture or cultivation of marijuana; or 12) has a secured loan with the business. In addition, any security interest in the furniture, equipment, or fixtures used directly in the manufacture or cultivation of marijuana or marijuana product may be considered ownership depending on the circumstances. Given the thoroughness of the foregoing list, it’s not difficult to understand why licensed entities have had difficulty raising capital from out-of-state investors.

However, Colorado laws do allow for out-of-state residents to invest in marijuana businesses through a permitted economic interest (“PEI”). A PEI is a financial interest in the form of an unsecured debt instrument, option agreement, warrant, or any other right to obtain ownership interest in a marijuana business, provided the conversion or transfer right is contingent on the holder qualifying as an owner and obtaining licensure as an owner by the MED – this could be upon the occurrence of either the holder meeting the two-year residency requirement or a change in law (which the Bill represents). A PEI may only be held by a natural person who is a U.S. resident. Holders of PEIs are subject to fingerprinting and criminal history background checks and must disclose financial and personal information with the MED in their applications. As of today, PEIs remain useful to licensed businesses since they allow them to accept out-of-state investment in advance of the Bill going into effect. On January 1, 2017, PEI holders will become eligible to have their interests converted into equity holdings in licensed businesses. After the Bill goes into effect, any kind of option, warrant, or similar convertible instrument will still be required to take the form of a PEI.

Before delving into the specifics of the Bill, it is worth noting that the summary attached to the Bill contradicts the actual law, as it was written prior to the passage of the final version of the Bill, and it should be ignored.

Qualified Limited Passive Investor: This is defined as a natural person who is a U.S. citizen and is a passive investor owning five percent or less of the equity of a licensed business. 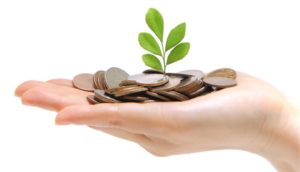 As noted above, the MED is granted authority to promulgate rules pursuant to the Bill, and final analysis of the Bill will require careful study of these new rules. The MED is currently accepting written comments to the draft-proposed rules in advance of a formal, public hearing regarding the permanent rules on Friday, September 2, 2016. In addition, as with any other change in a regulatory regime, we will need to pay close attention to how the Bill plays out when actually put into practice.

This information is educational only and shall not be construed as legal advice. Please consult your attorney prior to relying on any information in this article.

Charlie Alovisetti is a senior associate and co-chair of the corporate department at Vicente Sederberg LLC. Prior to joining Vicente Sederberg, Charlie worked as an associate in the New York offices of Latham & Watkins and Goodwin where his practice focused on representing private equity sponsors and their portfolio companies, as well as public companies, in a range of corporate transactions, including mergers, stock and asset acquisitions and divestitures, growth equity investments, venture capital investments, and debt financings. In addition, Charlie has experience counseling portfolio and emerging growth companies with respect to general corporate and commercial matters and all aspects of compensation arrangements, including executive employment and consulting agreements, stock option plans, restricted stock plans, bonus plans, and other management incentive arrangements. Charlie has experience in both U.S. and cross-border transactions, and has advised clients across a range of industries including cannabis, technology, manufacturing, software, digital media, energy and clean tech, healthcare, and biotech. He holds a Bachelor of Arts, with honors, from McGill University and a law degree from Columbia Law School, where he was a Harlan Fiske Stone Scholar. Charlie is admitted to practice in both Colorado and New York.

Ten Highlights (with Photos!) from #CannaBizSummit 2016

Committee Insights | 12.7.22 | How To Use A Marketing Mindset To Raise Capital For Your Cannabis Company