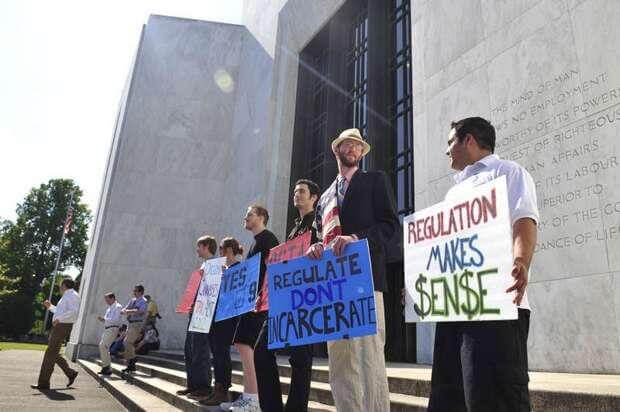 Aloha! My name is Kaliko Castille and I am the Director of Marketing here at NCIA.

My name Kaliko is Hawaiian and means “the bud that blossoms.” It was the name given to my Dad when he was still living in Hawai’i and dancing hula under a well-known kumu hula (hula teacher) named John Keolamaka’ainana Lake. As I tell people when I tell them about my name, it was written in the stars that I would end up in this industry.

Despite the convenient name, I actually didn’t always think I’d end up in cannabis. I actually wanted to go into politics. My dream job is to run presidential campaigns or serve as a top-advisor in the White House, but ever since reading The Emperor Wears No Clothes by Jack Herer, I haven’t been able to keep my mouth shut about the idiocy of marijuana prohibition.

In the spring of 2010, I attended my first Global Cannabis March in Portland, OR along with some buddies of mine. It was there that I had a chance to meet Russ Belville, who I had been listening to on my local progressive talk station for a couple of years and who was serving as NORML’s Outreach Coordinator. In a lot of ways, that day changed my life. That was the day that I went from being a cannabis enthusiast who was upset by the sinister history of marijuana prohibition to someone who was going to devote my life to helping end it.

Less than a year later, I was invited into the studio where Russ recorded NORML Show Live, which was NORML’s daily live radio show and podcast. Having listened for a while, it was such a cool experience to see behind the scenes of such an impactful show. Before leaving the studio that day, I asked whether Russ could help me get an internship with NORML in D.C. but he instead tossed out the idea that I could intern for him in Portland, which sold me instantly. For the next year, I would help produce two hours of daily live radio content devoted to cannabis news and culture (as well as hosting my own weekly reggae show). I was lucky enough to interact with and book elected officials, celebrities, musicians, Olympic athletes, and presidential candidates.

That internship also opened my eyes to the world of professional cannabis consumers. A couple of months into my internship, I got the opportunity to attend my first NORML Conference which was held on 4/20 weekend in Denver. This was a mindblowing experience because I suddenly found myself hanging out with lawyers, doctors, and other professionals, smoking joints, and doing dabs (this was when it was just starting to become a thing). It was the first time that I had first-hand, verifiable proof that people of all socioeconomic backgrounds consumed cannabis. Not only would consuming cannabis not relegate you to a life of destitution, but you could actually be a responsible consumer and thrive. 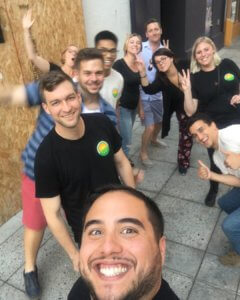 Fast forward to the summer of 2012 and cannabis legalization is on the ballot in Washington, Oregon, and Colorado. Despite the fact that the I-502 and Amendment 64 campaigns managed to raise millions of dollars apiece, the legalization initiative in Oregon (Measure 80) had struggled to attract national funders due to what some saw as a “pie-in-the-sky” initiative. While at Hempfest that August, a buddy and I came up with a plan to start a political action committee to raise money independently of the campaign. In a short amount of time, we managed to raise over $10,000 in small-dollar donations from individuals across the state which allowed us to purchase banners, rally signs, and several prominent billboards in the Portland area. When we started our campaign the initiative was polling around 37%, but by the time election day rolled around, it finished with nearly 47% of the vote. Although Oregon didn’t legalize in 2012, we helped lay the foundation for a successful campaign in 2014.

After that campaign in 2012, I thought I was going to become a cannabis lobbyist but as fate would have it, I ended up opening up a dispensary in Portland, Oregon, shortly after the passage of HB3460 which legalized medical dispensaries in Oregon.

That experience was unlike anything I had been through before but it was a necessary step in my professional evolution and my journey to NCIA. In fact, our company Brightside was a member of NCIA! That experience taught me about all of the hurdles regular small businesses have to navigate, but more specifically, the special hurdles that are in place specifically for cannabis businesses. It was my first introduction into the need for banking access and 280E reform, which are the core priorities of the organization I now work for. I also found out the heartbreak that comes from having to close down due to overzealous regulations that don’t apply to any other sort of business. This has given me a unique perspective into the day to day lives of NCIA members and how despite all the “green rush” headlines we may see, this industry is anything but a get-rich-quick scheme. 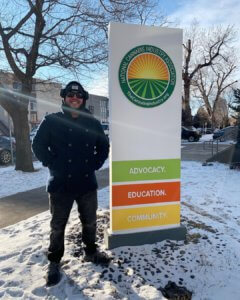 Working at NCIA has been one of the greatest experiences of my life. It has allowed me to marry my experiences in cannabis activism with my experiences running a business and building brands. This year we are celebrating the #10YearsofNCIA and looking back at all of the progress our movement has made over the last decade and it is truly remarkable to see how far we’ve come.

10 years ago, I was still in college, working the drive-thru at Taco Bell in Milwaukie, OR. These days, I get up every morning with an opportunity to help shape the course of history with an incredibly dedicated and passionate group of people. If there is anything my journey can teach others, it’s that the world is run by those who show up and that if you can dream it, you can do it.

Member Blog: While You Are At Home (Part 2) – Time To Prepare For Achieving GMP Certification