Most readers are familiar with the two major U.S. stock exchanges – the New York Stock Exchange (NYSE) and NASDAQ. But in the world of cannabis, almost all publicly traded companies are not listed on a stock exchange. Instead they trade over-the-counter (OTC). In fact, as of the date of publication, only a handful of cannabis companies (or at least cannabis-touching companies, as for most of these companies, cannabis is only a small part of their overall business) are traded on a U.S. stock exchange. There are publicly traded cannabis companies outside of the U.S., but those are beyond the scope of this article. 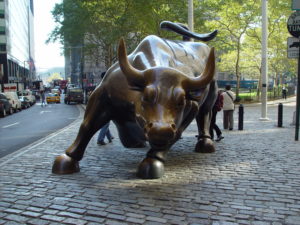 MassRoots (MSRT), a Denver-based social networking company for cannabis users, made headlines when it was denied approval to be listed on NASDAQ. According to MassRoots, the stock exchange justified the decision by claiming that the company was aiding and abetting the distribution of an illegal substance. Some speculate, however, that the decision considered the company’s low share price, although MassRoots stated it did meet the listing requirements with a market capitalization in excess of $40 million and more than 300 shareholders. NASDAQ did not publicly provide the grounds for its rejection.

As of the date of publication, the New York Stock Exchange has approved the listing of Innovative Industrial Properties, Inc. (IIPR), a newly-formed real estate investment trust focusing on the cannabis industry, though the SEC has not yet approved the offering prospectus of the company and no shares of Innovative Industrial Properties currently trade publicly. This seems to indicate that NASDAQ’s rejection of MassRoots may not have been entirely based on its alleged aiding and abetting.

If these companies aren’t on stock exchanges but still trade publicly, where and how do they trade? It’s best to start with an introduction to the vocabulary of publicly traded cannabis companies. Here are several terms you will see discussed frequently in this area:

Why would a company want to trade OTC? The simple fact is that it’s very difficult to trade on the NYSE or NASDAQ. In addition to limitations that apply specifically to cannabis companies, as may have been the case with MassRoots, though not with Innovative Industrial Properties, both NASDAQ and NYSE have high financial standards that most cannabis companies are too small or too unprofitable to meet. It’s also not free to list on these exchanges; while both exchanges have multiple revenue streams, one way they make money is by charging fees to the listed companies. There are other, smaller stock exchanges (note that NASDAQ, for example, has three different tiers domestically: The Nasdaq Global Select Market®, The Nasdaq Global Market®, and The Nasdaq Capital Market®, with different standards for each tier, and has other international markets beyond the scope of this article), but each will have requirements that companies need to meet to be listed. That leaves the OTC markets as the main alternative to a company that wants to be publicly listed, but has not yet achieved the size necessary to be listed on a stock exchange.

But why would a company want to be publicly listed in the first place? There are several reasons, most of which only apply to a company that is listed on a major stock exchange (e.g., the prestige of being a public company or additional liquidity), but the primary reason offered for becoming an OTC-traded company is that it allows the company a way to increase the amount of capital it can raise and offers existing equity-holders greater liquidity. With limited exceptions, a private company can only freely sell its securities to accredited investors (i.e., institutions or people who meet certain income or asset thresholds). And, prior to the JOBS Act, private companies were prevented from any kind of widespread public advertising (which they can now engage in, but only if they take steps to ensure only accredited investors purchase the equity for sale). A publicly registered company, in contrast, is largely free to offer and sell its stock to all interested parties, regardless of whether they are accredited. It is also far less restricted in its ability to advertise the fact that its stock is for sale.

Buying publicly traded stock is also far easier – investors don’t need to know anyone at the company in question. If a potential investor has access to a computer or phone, buying OTC stock is straightforward. In theory, this opens a far larger marketplace for a company’s stock, providing liquidity and allowing it to sell additional equity to finance growth and operations.

The risks of OTC cannabis stocks 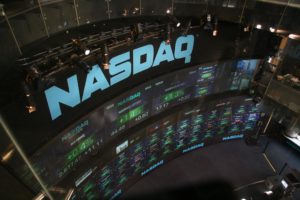 There are other, less honorable reasons why a company might want to trade OTC. When a public stock is widely traded, it’s difficult to influence the price of the stock. Imagine trying to materially change the price of Google’s stock – it would require a vast sum of money. But when a company’s stock is infrequently traded and information about that stock is limited, it’s much easier for an individual or group to influence a stock’s price. And information does tend to be quite limited when it comes to OTC stocks. In contrast to stocks listed on the major exchanges, not all stocks that trade on the OTC Link are required to be registered with the SEC. As a result, the overall level of information available for OTC stocks is both less detailed and less up-to-date than that of stocks traded on the NYSE or NASDAQ. It is also not uncommon for an OTC stock to be deficient in providing the limited information that is required.

Several government agencies have sought to warn the public about the risks inherent in cannabis OTC stocks. On May 16, 2014, the SEC’s Office of Investor Education and Advocacy published a press release that specifically warned investors about the risks of cannabis-related stocks. The SEC highlighted the fact that five cannabis OTC stocks had recently been suspended from trading due to concerns about the accuracy of publicly available information about their operations. Two of these companies were also implicated in potentially illegal activity involving the sale of securities and market manipulation. And on November 12, 2015, the Colorado Division of Securities issued a warning to investors to be cautious when considering investments in marijuana-related companies, binary options, and digital currency. The Colorado Division of Securities noted that marijuana-related investments “could be particularly susceptible to scams, such as ‘pump-and-dump.’” A “pump-and-dump” scheme is an illegal scam where people holding equity in a company convince the market that the shares are worth far more than they are by spreading false or misleading information, a process made easier by the thinly traded nature of OTC stocks and the lack of good information about them. Before the public catches on, they sell all or a portion of their shares for a significant profit.

With some exceptions, most cannabis OTC stocks have minimal analyst coverage, if any coverage at all. Most major companies that are publicly traded, in contrast, are studied regularly by analysts, who frequently publish reports about the status and direction of the companies they cover. Academic literature has shown that analyst coverage can decrease informational gaps between investors and management of companies. But if no one is covering an OTC stock, then shareholders must either study the company themselves or risk being left in the dark about the condition of the company. In addition, many institutional investors do not invest in OTC stocks, so the investor base of an OTC company will have far fewer, if any, institutional investors, and more retail (i.e., ordinary individual) investors. This means that holders of OTC stocks, absent the benefits of analyst coverage, cannot count on their fellow shareholders to be sophisticated or committed to monitoring the company either. OTC investors must often do their own due diligence on the companies in question.

Finally, it is important to understand the liquidity issues of OTC stocks. To return to the example of Google mentioned earlier, it is very easy to dispose of Google stock (or to be more accurate, Alphabet Inc. Class A stock) since there is a very active trading market for those securities. It would not be difficult to sell all the Google stock you hold at, or very close to, the current publicly listed price – unless the stock was currently reacting to major news or you were trying to sell a material number of shares. For an OTC stock, however, an investor should not take any of these advantages for granted. OTC stocks typically have significant bid-ask spreads since they are typically far less liquid than stocks traded on public exchanges – meaning that they are not as actively traded. That means in the event you decide to sell your stock there may not be a buyer readily available. And even if you could find a buyer for your stock, there is also the risk that your sale of stock could impact the quoted price, forcing you to sell at a lower price. This is why, unless there is an active market for an OTC stock, the quoted price may not be the price at which you can liquidate your position.

This is not to suggest that all OTC stocks are scams or even poor investments. But investors need to be particularly careful when evaluating these types of stocks and should be aware that not all publicly traded stocks are the same.

In short, when it comes to OTC stocks:

This information is educational only and shall not be construed as legal advice. Please consult your attorney prior to relying on any information in this article.

Charles Alovisetti is a senior associate and co-chair of the corporate department at Vicente Sederberg LLC. Prior to joining Vicente Sederberg, Mr. Alovisetti worked as an associate in the New York offices of Latham & Watkins and Goodwin where his practice focused on representing private equity sponsors and their portfolio companies, as well as public companies, in a range of corporate transactions, including mergers, stock and asset acquisitions and divestitures, growth equity investments, venture capital investments, and debt financings. In addition, Mr. Alovisetti has experience counseling portfolio and emerging growth companies with respect to general corporate and commercial matters and all aspects of compensation arrangements, including executive employment and consulting agreements, stock option plans, restricted stock plans, bonus plans, and other management incentive arrangements. Mr. Alovisetti has experience in both U.S. and cross-border transactions, and has advised clients across a range of industries including cannabis, technology, manufacturing, software, digital media, energy and clean tech, healthcare, and biotech. He holds a Bachelor of Arts, with honors, from McGill University and a law degree from Columbia Law School, where he was a Harlan Fiske Stone Scholar. Mr. Alovisetti is admitted to practice in both Colorado and New York and is a Level One Interprener.

Member Blog: Compensation in the Wild West of Cannabis